“There will be another crisis, and its impact will be felt by the financial markets,” he wrote

Another economic crisis like the Great Recession is inevitable, according to JPMorgan Chase CEO Jamie Dimon, who heads the bank that recently imposed capital controls and limits on cash withdrawals.

“Some things never change – there will be another crisis, and its impact will be felt by the financial markets,” he wrote in his annual letter to shareholders. “The trigger to the next crisis will not be the same as the trigger to the last one, but there will be another crisis.” Dimon’s admission is particularly concerning considering that JPMorgan Chase, the largest bank in the U.S., has already enacted a $50,000 monthly limit on cash withdrawals and has also banned American customers from sending money outside the U.S.

Early one Sunday morning, outlaw Jesse James & his James gang rode into Laredo to rob the bank & parked their castrated stallions out front of the Sheriff’s office where they were sure no one would steal them, before striding over to the bathhouse to get a nice hot bath and visit a barber to have a shave and a haircut ~ Then they made a casual stop over at the Court House brothel to get a quick tax audit with a naked accountant before attending church opposite the bank for Sunday service ~
.
It was their habit of always attending church on Sunday if it was opposite a Bank, cause that gave them the chance to case it ~ After the service they stood around swapping pleasantries with the mayor and the local Senator before noticing a big hullabaloo over at the bank, so they walked over all non-descript like to look see ~
.
“THE BANK’S BEEN ROBBED, THE BANK’S BEEN ROBBED” they heard the Bank Manager shout to the Sheriff, and then they heard him bitterly say to the Sheriff that it was an old outfit called the “LEHMAN BROTHERS” gang from New York 😉
.
Jesse had never heard of them before and didn’t even know what they looked like but it was obvious if the bank had already been robbed they were too late, so him and the rest of the gang walked over to the hotel to get shitfaced, went back over to the brothel for another tax audit, then began to think about planning another bank robbery on a bank in the town of Austin, a bank they’d heard was full of gold futures certificates which were just as good as money and even better than gold is cause they’re much easier to carry ~ Just in case you think this story is a bit stupid, ’tain’t over yet  😉

Rather than ride all of the way to Austin for their next bank job they decided they’d trade their horses in for a set of steak knives and use those to hijack a fleet of Lear Jets, one for each of them, so they could sneak into Austin separately and not be noticed by the Federales who were giving bank robbers a really hard time  😦

Good story Huh? ~ No Muslim terrorists or skyscrapers anywhere in it too 😉 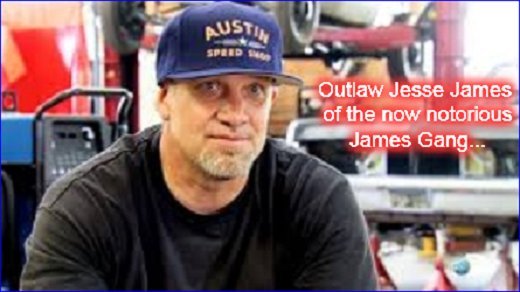 to be Wiped Daily

The state of Washington is failing to store backups of text messages from 88,000 government phones that are being wiped on a daily basis, a direct violation of state records retention laws. The shocking discovery began last November after Fife City Attorney Loren Combs requested four years worth of text messages from a former city manager. According to The News Tribune’s Sean Robinson, who broke the story Saturday, Combs was told to get a subpoena by Verizon, one of several phone providers to the state, after the city deferred his request to the telecom. “I was dumbfounded in this case,” Combs told The Tribune. “First that they wouldn’t give it to us without having to file a lawsuit to get our own records.” Shortly after filing suit, Combs received what appeared to be a puzzling response from Verizon. “The records that you requested no longer exist because they are beyond Verizon’s period of retention,” Verizon stated.

Shoot America, you’re not as stupid as you pretend to be ~ All of that is on the ‘NSA’ meta-data files at a complex in Utah so it’s not lost after all, just like all of ‘Hillary’s so called Emails’ are ~ Hell, even the French have copies of those ~ You guys sure do pay your politicians and media a lot of money to piss on your intelligence ~
.
This must be some sort of Psy-Op ~ You got ‘AL-STUPIDA’ defeated yet? ~
. 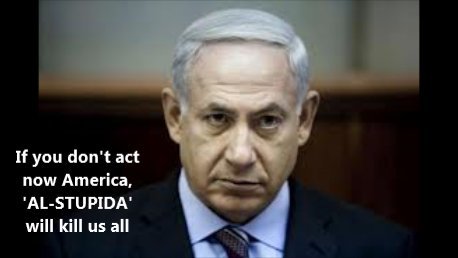 Hillary Clinton is planning to officially launch her US presidential campaign on Sunday while en route to Iowa, a source familiar with the campaign has confirmed to the Guardian. The former secretary of state is scheduled to declare her second run for president on Twitter at noon eastern time on Sunday, the source told the Guardian, followed by a video and email announcement, then a series of conference calls mapping out a blitzkrieg tour in Iowa.

Et.Tu.Britass (To) willie • an hour ago

Being a grandma and a woman, old Stewball will run as an underdog. Everyone cheers on the underdog. Negative ads about her will bring even more supporters to her side. Any opposing candidate will be painted as the mean spirited landlord that’s trying to evict granny from her home. Ideas will have no place in this race. The republican candidate has to be a tall, good looking male dreamboat, racial heritage unimportant, who is smooth enough to pull female votes away from grandma. 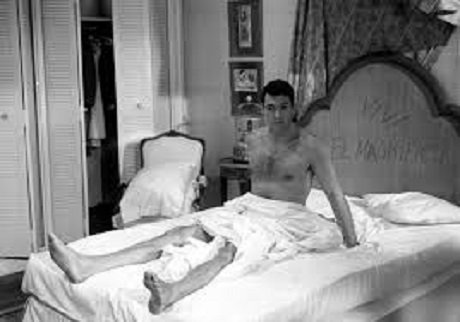 No more Clintons and no more Bushs. We need a president that is more loyal to us than Israel. If their more loyal to Israel, they should move there and run against psycho boy yahoo.

I don’t disagree, but it’s not quite right. The Bushes & their creation (The Clintons) are all aligned with the Illuminati. Bushes are Skull & Bones. Bill Clinton is the son of Whinthrop Rockefeller. The Rockefellers are the head of the Illuminati in the US. Hillary is a Grand Dame of the Illuminati, which is the highest rank a woman can have in that Criminal Organization. The Illuminati created/run Israel … so what you have is a bunch of Illuminati agents … You need to see past the controlled puppets to the Puppet Master, i.e. the International Multi-faceted Criminal Mafia, known as the Illuminati, which is comprised of quite a few subgroups, as in the Grande Orient (European) Freemason, Zionist, the massively large Occult (Witches, both sexes), etc … How do you defeat them? Only one way … Kill’em ALL! And Obama is aligned with the Illuminati, i.e. he is their agent, as is Biden, Kerry, etc …

Et.Tu.Britass (To) Witch hunter … • an hour ago

Get legislation passed for 100% amnesty for all forms of treason going back 55+ years simply for 100% honest confession, include ‘ALL’ crimes they were blackmailed on to gain compliance, you draw a line in the sand, a starting point, you stick to it 😦

First reaction of ‘SOME’ of the CSpan and other US political media is to comfort themselves that that will never happen ~ Pity ~ Might never happen, which means you’ll have evil hanging off your necks till they genocide you 😦
. 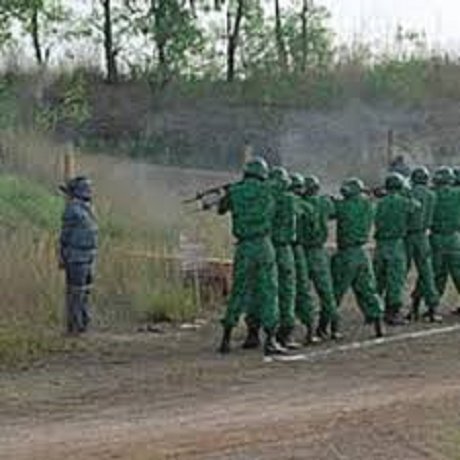 .
America the brave, defeated by 150 years of Masonic treason, politically hamstrung by 70 years of Jewish hypocrisy since their sham WW2 ending and the insane excuses made over Astor Jews Hitler and Eichmann, now morally crippled by it’s lack of truth after the treason of German born Mason GHW Bush and illegitimate Rockefeller Mason Don Rumsfeld, and Cheney whoever the fcuk he’s related to when all three were involved in helping Eichmann pull an act of nuclear terrorism on the US by Bush first stealing a nuke, Rumsfeld and Cheney sticking that  stolen nuke under congress, Rumsfeld and Cheney shooting JFK while Bush ran the backstage areas in Dallas, then later the 911 attacks and the sacking of ‘FORT KNOX’ ~ There’s the reason American constitutional Republicanism ‘AND’ democracy is dead without that amnesty for treason, and if America doesn’t show some honesty and courage soon, it’ll be the reason America will lose 160 million of it’s people in another act of Masonic Zionist Jew terror with not a genuine non-Zionist controlled Muslim in sight  😦
.

DEAD SERIOUS THAT TOO   😦

Exclusive footage provided to Infowars from an attendee of the California National Guard’s “dirty bomb” exercise in Richmond Saturday shows guard troops training to take on U.S. citizens. Role players simulating members of the American public can be seen screaming as guard troops with batons push them back in what appears to be a crowd control scenario. A second clip shows troops surrounding two men, reportedly victims, as they are escorted off scene. The exercise, which included “more than 200 soldiers, airmen, local law enforcement and firefighting personnel,” will be followed by other large scale military drills which some fear are being used to acclimate the public to martial law during civil unrest or a national emergency.

National Guard Huh? ~ Take on people Huh? ~ Trains Huh? ~ ‘TRAINS’ took about 5.6 million of the Nazi’s 6 million Jewish holocaust victims to Switzerland to build the huge underground bunker system that most, if not all, European Leaders sell their souls and their people’s souls to get a cell in ~ My information is immaculately accurate, the perspective immaculately conceived from 50+ years of facts pieced together, immaculately, more so than the Jewish Christ was immaculately conceived by some invisible dude with a magic shtick ~ It may not fit the particular old warped historical shill you or your group runs with, yet that’s the reality ~ America used slave labour from Vietnam Cambodia Iran Guatemala etc to build theirs ~ Australia used (Abducted) East Timorese slave labour to build theirs, roughly 30 kilometres long and goes from the capital city of Canberra all of the way out to the city of Cooma ~ It’s just simple reality all you Zionist Masons ~ There’s no possible reason to continue lying anymore because around 5.6 million of 6 million holocaust Jews died building bunkers for Zionist elite in Switzerland ~ Deal with it and let me go  😦 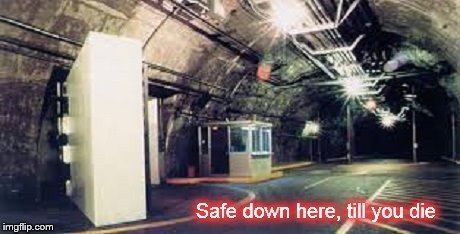