Seven years in office and still no change

For almost two terms in office the President has been promising change… and hope… and stuff. But it won’t happen overnight. In fact it hasn’t happened overnight for 7 years now. The Washington Free Beacon put together a hilarious video that documents a selection of the many times Obama has put forth policy proposals and promises, only to add the caveat that it aint gonna happen any time soon.

There are, of course, other terms for this – ‘abject failure’, or ‘false promises’.

On everything from the economy to immigration, from education to the environment, from gun control to police brutality nothing has happened overnight for Obama… or AT ALL. It’s a saying that Obama has employed continuously, even from BEFORE he was President. After his 2008 win in the Wisconsin primary, Obama told gathered crowds of supporters that “As wonderful as this gathering is, as exciting as these enormous crowds and this enormous energy may be, what we’re trying to do here is not easy, and it will not happen overnight.”

2 years into office, Obama said during an immigration speech “While this work isn’t easy, and the changes we seek won’t always happen overnight, what we’ve made clear is that this administration will not just kick the can down the road.”  […]

No change? Count your blessings, but he is not finished with us yet

It was only 14 years ago, the Air Force flew off to Alaska, ‘NORAD’ shut down for 2 hours for a software upgrade (Snicker) and the ‘Cessna Pilots’ guided by a near dead fake dying of kidney failure in an Afghan cane pounced, then the flag waving began and the Bavarian Illuminati ‘Masonic patriot acting‘ smoothed things over  😦

It’s almost chimerical that the US Military isn’t strong enough to assert constitutional rights at home in the United States but feels it has to go half way round the world to bomb the Serbs, steal the gold from Iraq, invade Afghanistan for their Lithium, threaten Africa to the point of submission to the ‘CDC’ and it’s damned ‘Ebola Tests’ against all known concepts of decency and law, yet still dares talk shit about ‘Guns god and country’ at home ~ How do you spell hypocrite guys? 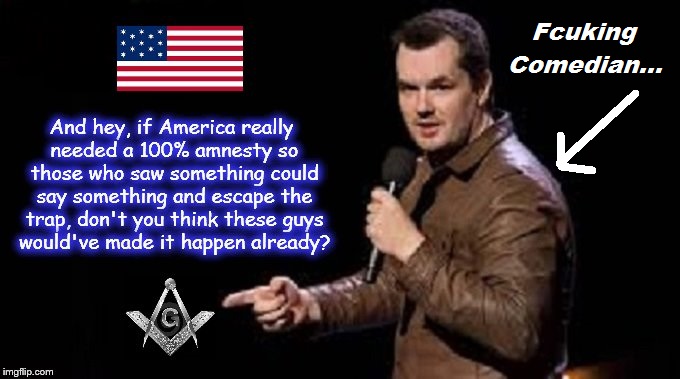 Your next fcuking false-flag will kill 1\3 of the planet in a week, assholes… Nobody likes a fake, soldier boy, go home, go back to Washington, that’s where your problems with terrorists on ‘911’ were ~ Here, I’ll drawn a map for you  😦

I-do ‘NOT‘ own cartoons, old photos, or vids used in this blog ~ I’m not seeking one jot or tittle in financial advantage thru their use and claim it’s all fair use for the sake of a higher cause, and fair comment as well, along with some much needed albeit cynical timely humor and ‘VERITAS’ (Truth) plus a bit of hard core political philosophical and religious sarcasm, also in the cause of truth, mostly because somebody had to do it, and ‘I’M SOMEBODY’ you illuminated assholes, and all past present and future legal rights of any kind whatsoever  (Except denying me fair use) and all past present plus all future royalties also remain those of the original owner