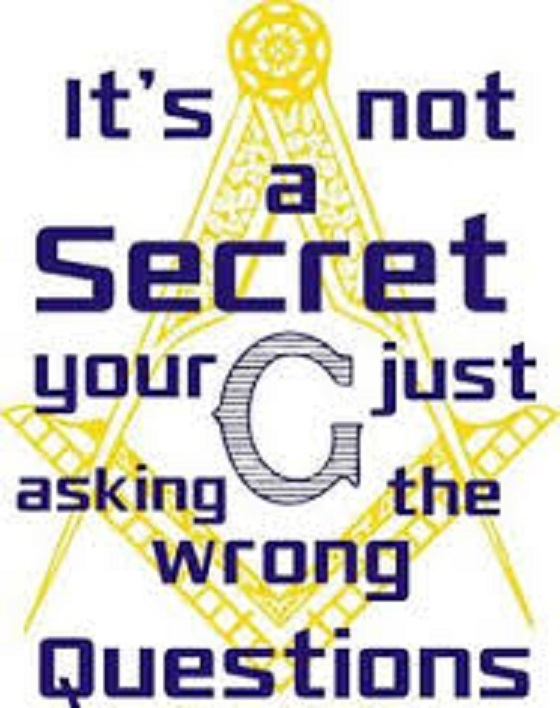 Back in the biblical days the bible implies the Jews told the Egyptians that their god was boss of all other gods (At least that’s ‘THEIR‘ story) and tho it says the Jews only wanted to worship their own god, evidently they needed all of the gold and jewels of the Egyptians to do so ~ The word worship means to “Lower your spirit to” and thus with the way the story is written it heavily implies that in effect they said to the Egyptians  “Worship our god or he’ll kill all of your children and take all of your gold and silver” and then Allah Khazzam, just like with the Zionist Americans stealing the gold bullion of Iraq and Libya after 911 but before their treasonous (Zionist Masonic) leaders emptied Fort Knox, he ‘DID’ too ~

It’s recorded in their bible that that’s exactly what ‘THE LORD’ did too ~ He killed all the Egyptian’s firstborn children and told his Jews to steal all of their gold and jewels, so now the Jews always say to the Egyptian’s (And to anyone else) ‘SEE, WE TOLD YOU HE WOULD, WE TOLD YOU SO~ THE LORD, HE IS GOD’ 😉

“Cops Stood Guard as I was

Raped by Politicians as a Child”

Staffordshire, Eng — An abuse survivor has bravely broken her silence to tell her horrific childhood story. In an interview with Sky News, Esther Baker, 32, explained how she and other children were raped by politicians as uniformed police officers stood guard. “I got the feeling very much that they were protecting somebody, that they were with one of the men,” said Baker. “One of them (police officers) I knew from church. There were a few occasions where they would be in uniform, and I kind of knew, I learnt that when they were in uniform that it was going to be a rough night,” she explained. “On occasion they would – they would sort of join in.” During one of the incidents, Baker recalls that she was able to run away, only to be chased down and caught by a police officer.

Apparently the police officer was apologetic as he carried her back to the rapist politicians. He must have “just been doing his job.”

English Police? ~ It’s all “ON THE MASONIC SQUARE” there, like in America ~
.
But they do things different across the royal pond ~ First they take all of their police command and put them in the Masonic Lodge, or to be more precise they put them in the Masonic Lodge and only then (If they’re obedient) put them into their overall command structure, just like in America ~ Then they do something that’s more than a little weird in the sense of just as weird as America, but more so ~
.
Late one night at the Masonic Lodge they all put on the funny undies & lambskin aprons and do highly indecent occultist things with each other’s bottoms, also like they do in America funnily enough, but then in England they place all of their police commanders into an imaginary BBC television series Doctor Who phone box in their underpants and aprons (Tight squeeze in the forward planning dept) and then they send them forwards in time (In their heads) using more ancient Jewish wisdom 1000+ y\o Norman Conqueror Knight Templar ritual Jewish kabala butt sex occult with each other like they already did 10 minutes before, simply to shut down ‘ANY’ investigation into any crime committed against children they need to suppress, while over in America they merely just blackmail them over their paedophilia ~
.
They run a tighter ship over in England ~ It’s all done on admiralty law like it is in America now, only over in England they hardly ever cease to worship the Masonic god as they penetrate each other’s holy buttholes in that little phone box 24\7 while in the colonies they mostly only do it once a week ~ That makes England better than America because they’re always at it, always worshipping their god ~
.
Cops in the USA don’t know how much they owe Britain’s Masonic Lodge ~
(Isn’t that right your Majesty, it’s all done in in good order like it should be) ~
. 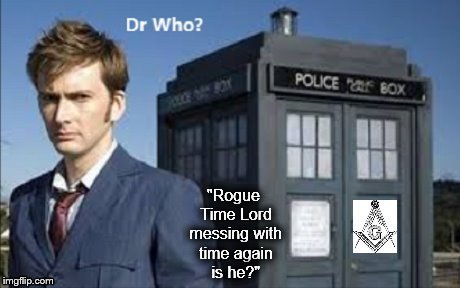 Gotta admire their chutzpah, and their Viagra  😉

Is your bottom all ‘Achy-Breaky‘ yet America?  😉

As for your gold, well, asked a Mason about it yet?  😉

Putin Is A “Dangerous

Hot on the heels of George Soros’ warnings that we stand on the verge of World War 3, demanding Washington back off its anti-Yuan pressure, it appears “the good guys” are fighting back with their own good-cop, bad-cop propaganda. As Sputnik News reports, General hans-Lothar Domrose, NATO Commander of the Brunssum Allied Joint Force Command, said in an interview with German magazine Focus Online that Russian President Vladimir Putin is a tough-minded, forward-thinking politician who is capable of foreseeing situations, but also regards him as a dangerous “gambler,” who “is willing to use nuclear weapons against NATO troops.”

…unless the U.S. makes ‘major concessions’ and allows China’s currency to join the IMF’s basket of currencies, “there is a real danger China will align itself with Russia politically and militarily, and then the threat of world war becomes real.”

Putin is ‘NOT’ nutz anymore than I’m stupid ~ There’s other words to describe what he is but nutz isn’t one of them, just like ‘STUPID’ doesn’t describe me in any kind of accurate manner ~ I’d not particularly need or want to know exactly what he is, and I’d only comment that I’d once seen him or someone who looks like him (sic) timid in extreme fear of his generals, and it’s likely Russian Generals are hard bastards of one sort or another, as it’d be hard to make it thru the Russian Army from bottom to Topp (sic) without being tough enough to last the distance ~ By the way, here’s a wee bit of perspective ~ You may wish to consider the possibility of ‘ILLEGITIMATE’ or perhaps even ‘IMMACULATE’ (Snicker) conceptions if you wish to think of Putin as a man of god or if you think he was conceived in the normal manner (Tee-Hee) then just take a thinker’s view of the photo below showing a man who looks like Putin’s father standing next to Captain Erich Topp, the man who sailed a standalone Tunguska nuke in a sub into New York up the Manhattan River with Italian fascist Benito Mussolini in charge of the mission ~ This was prior to the ascension of Truman to the throne ~

As to whether Putin is insane or merely a wheel inside a bigger (Massive) much older Zionist Masonic ‘NWO’ wheel, please keep in mind that a similar tech to the “Uranium Cannon” that caused the Tunguska explosion was built in Moscow for the purpose of early nuclear terrorism on Russians before Russia’s gold was stolen by the Masonic Czar Kaiser and King George to create the US Fed, and a standalone modern unit placed in Berlin prior to the 1936 Berlin Olympics which Fuhrer Adolf Hitler maintained he had no control over, as well as a similar device being sailed into London up the Thames by Deputy Fuhrer Rudolph Hess 2 weeks before the Scotland cover story, and it was ‘ALL’ originally financed by the $100 Million in cash bearer bonds which ‘BOSS TWEED’ of the Tammany House Masonic Lodge stole from New York in the 1860’s, an amount of money that equals around $1 to $8 Trillion in today’s money ~ Taking all that into account, Putin is not, in any kind of comparison nutz and I’m ‘NOT’ stupid either, yet it does indeed look like everyone in control of this 150 year Masonic charade is ~ Have a nice day ~ Ya’ll come back now, hear? ~ 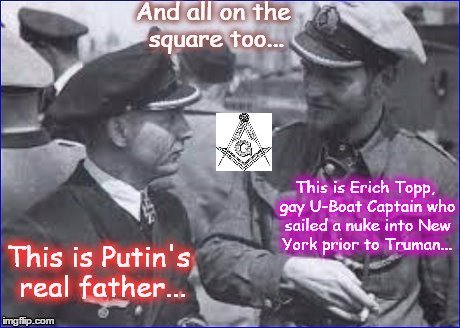 THINK YOU GOT IT WORKED OUT NOW?  😉