The Bin Laden Raid Was

A Work Of Fiction, And

Pulitzer Prize winning investigative journalist Seymour Hersh has uncovered one of the biggest lies in modern American history. It turns out that much of what the American public was told about the raid that killed Osama bin Laden was a blatant lie. According to Hersh, Osama bin Laden had been captured by Pakistan all the way back in 2006, and he was being held by the ISI as a prisoner at the Abbottabad compound that the Seals ultimately raided in 2011.  In addition, Hersh says there was no “firefight” at all – only a turkey shoot.  Afterwards, Osama bin Laden’s body never made it to the USS Carl Vinson for a “burial at sea”.

That was all just part of the cover story…

According to Hersh one of the biggest lies Obama told was Pakistani leadership had no idea Seals were coming in.  Actually, the truth is that the head of the army, General Ashfaq Parvez Kayani, and the director general of the ISI, General Ahmed Shuja Pasha, were both heavily involved in the planning of the operation.  The following is an excerpt from Hersh’s article…

For the London Review of Books…

Pasha and Kayani were responsible for ensuring that Pakistan’s army and air defence command would not track or engage with the US helicopters used on the mission. The American cell at Tarbela Ghazi was charged with co-ordinating communications between the ISI, the senior US officers at their command post in Afghanistan, and the two Black Hawk helicopters; the goal was to ensure that no stray Pakistani fighter plane on border patrol spotted the intruders and took action.

When the Seals got to the compound in Abbottabad, bin Laden and his family were completely unguarded.  That is because the ISI guards had already been pulled back.

Here is more from Hersh…

At the Abbottabad compound ISI guards were posted around the clock to keep watch over bin Laden and his wives and children. They were under orders to leave as soon as they heard the rotors of the US helicopters. The town was dark: electricity had been cut off on the orders of the ISI hours before the raid began.

One of the Black Hawks crashed inside the walls of the compound, injuring many on board. ‘The guys knew the TOT  [time on target] had to be tight because they would wake up the whole town going in,’ the retired official said. The cockpit of the Black Hawk, communication and navigational gear, had to be destroyed, and this would create a series of explosions and a fire visible for miles.

There was no firefight as they moved into the compound; the ISI guards had gone. ‘Everyone in Pakistan has a gun and high-profile, wealthy folks like those who live in Abbottabad have armed bodyguards, and yet there were no weapons in the compound,’.

You remember that crossover moment as a baby in between where you’d crap your nappy whenever you damn well chose cause usually some bitch named ‘MOM’ was always there to clean both it and you up so you could eat some more stuff and just go crap in your nappy again ~ And then you got to that stage where more was expected of you, like not to crap your nappy, yet if you did, well that was still ‘OK’ cause one way or the other someone would clean it up even if ‘MOM’ didn’t? ~ And then, holy shit you finally got to that stage where you had to stop crapping in nappies and pants and do it in a potty or something? ~ Well American #01 who’s always #01 cause you’re the greatest #02 exponent in the world, your diaper needs changing 😦
.
Your crappy nappy needs changing cause you’re full of it and keep taking a dump in your fcuking nappy ~ You’ve crapped on just about everything since ‘JFK’ let alone 91 fcuking One you retards, and now like some kid that takes a shit every time you see an adult with a beard because you were molested and\or fcuked in the ass as a kid by the ‘US’  CI of fcuking A, you’re taking a shit in your shorts every fcuking time anyone mentions you’re lying about anything, let alone your fake Aussie Osama 😉
.
The original was dead in the 80’s ~ Change your own god-damned nappy 😉
. 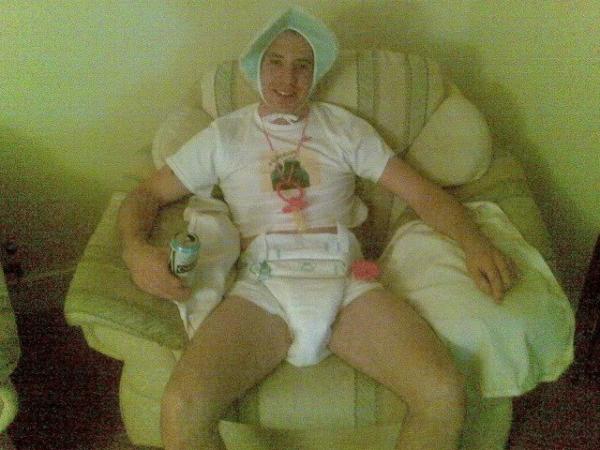 You remember when you claimed that bin Laden was actually an old friend of yours that you knew for decades? Remember that blatant, disgusting lie and all the others you continually tell? For being such an idiot, you could at least be entertaining. Instead, you’re a bitter liar that pretends to know people and pretends that Australia isn’t as filthy as everywhere else.

Is this an impeachable offense yet

Just hit your link, read the first few paragraphs, saved the page in full and in text for later when (If) I’m feeling better, and once again ‘SOME’ of you Joe and Joanna Average Americanastronunts (sic) have somewhat grudging respect from me, tho truth be told I-still don’t like you no more ~ I’m sure you’ll get over that quicker than I-do, like during the next rainstorm ~  Meanwhile, liars annoy the crap out of me ~

Yet today, we’re merely fellow hitchhikers thru the valley of the shadow ~ Here’s a 100% certain 100% sure 100% accurate 100% truthful fact, and they’re rarer than steaming fresh rocking horse poop carved by Gepparto for best boy Pinocchio ~

Your main media ‘OSAMA’ from 1997 to 2004 (On TV) was with 100% certainty mostly Australian “Peter William Vanstone” as in the attached graphic ~ I-wish you well (Really) in outing your professional liars in congress, tho wish you’d at least consider a 100% Amnesty for treason in return for truth option, cause otherwise 50+ unwilling years in black ops (Peripherally) tells me all you’re gonna achieve is give Uncle Sam the tripwire the fcuker built into this charade so all of his (Often treasonous) Masonic goats are in good order and push you and your behinds behind the scenes right into your ‘NEXT’ false fcuking flag, perhaps in the process killing us all  😦

(Without amnesty you’ll never have support you need to truth-it right) ~
.