The jokes are the funny bits

(The reality is the real bits in it)

Some silly comments on ‘Prisonplanet.com’ for the thinkers ~

Obama’s pledge to America at his 2017 re re-inauguration as president ~
.
“My fellow citizens ~ Times are tough, but we are tougher ~ Even though the best part of over $10 Billion dollars we haven’t got has been spent on eradicating the ‘ISIS’ threat to our great nation, these evil terrorists persist in attacking us so we must always stay on the alert ~ Just yesterday an alert WalMart employee noted 3 men of Arab appearance came into the store to buy box cutters ~ She alerted Homeland Security and another heinous terrorist plot was stopped ~ (Pauses for Coca Cola ~ Pauses again for more Coke) ~ Your government works, which is more than most of you can say ~ As sole guardian of the only right path to right thinking of government that works, and the only right path to reattain America’s tarnished reputation as a nation that works, and as the only sole hope of ‘THE AMERICAN PEOPLE’ and the human race in general, at least the ones that are still working, I-will not fail to always think twice about what works and what doesn’t ~ I’ll even think twice twice about thinking twice about what works and what doesn’t ~ Gee ~ That’ll make me a quintuplet ~ (Pauses for more Coke ~ Lookalike comedian keeps the crowd warm) ~ As you’ve chosen to re-elect me as president for life, I’ve just signed a contract with Pfizer and the Bill Gates Foundation promising them California if I live to be 120 and California is still there ~ California works ~ California works because the people of California work ~ If more people in America worked like the people of California, more people in America would be working ~ America needs to roll up it’s sleaves and stop relying on others working ~ As long as I’m president of this great nation, which will be from now until Doomsday if Pfizer and Bill Gates come through, I’ll be thinking twice about how to keep California working because when California is working, the nation is working ~ It says that on the teleprompter ~ In closing, I’d like to thank the people of America for me being an American who’s working ~ I really couldn’t have done it without you, or so it says on this hyar teleprompter ~ Now ya’ll better get back to work” ~
.
(That bit was just silly humour ~ You can easily pick that because it’s silly) ~
(That said, I ‘STILL‘ know who put a bullet in JFK from the Grassy Knoll) ~
.

Hey-Ho ~ America ~ I-know who shot JFK in the neck from the Grassy Knoll ~
(To immobilize him so the kill-shot from the front seat of the limo couldn’t miss him) ~
It’s not up to me to make a 3rd rate superpower tell the truth after 5 decades ~
Fact is tho, I-know who did it ~ Quite a famous man too ~ So do ya’ll know? ~
.

Et.Tu.Britass (To) Jolly Roger • 4 hours ago

Like Peter Pan said, you just gotta ‘BELIEVE’ in Tinkerbell and believe in Neverland and ‘BELIEVE’ you can fly, then you base jump off a $19 Trillion dollar US Fed Reserve deficit with the American constitution as a parachute, even if it’s a case of …  AAAAAaaaaaaaaaaaaaaaaaahh ~ ‘SPLAT’ ~ 😉
.

Scots have long been known as dangerous violent rebellious fanatics and were first placed on England’s terrorist register in 1313 ~ Back then, their military wing was known as “OCH-JOCK ~ WOOT A WEE-BIG SHTICK YA-CARRY” tho that was soon shortened to “Glasgow Boys” in early 1414, then after Protestant Catholic religious troubles they fractured into Celtic Park verses Rangers 560 yrs later ~ You don’t believe that crap? ~ Fair enough ~

Yet you still believe 2 jets bought down 3 skyscrapers, all run by an illiterate dyslexic Aussie-born lookalike for the by then (Already) very dead Saudi-born Muslim terrorist Bin Laden from an Afghan cave? ~

Well we can rightly assume it wasn’t the Australian Faux comedian known as “Paul Hogan” in his role as ‘Crocodile Dundee’ playing William Wallace in the Braveheart movie ~ ‘THAT’ was Australian actor Mel Gibson who did that ~ Yet the fake Saudi on US tele was indeed a fake, as in it was swarthy Australian born “Peter William Vanstone” portrayed as the so called secretly CIA-run Saudi terrorist on US tele between 97 to 04 (Himself dead by 03) so the plot still thickens ~ Thank the lord that the Scottish Wallace lived in saner times 😉
.

Or, praise be to god in heaven that Wallace wasn’t a Muslim? 😉
.

Et.Tu.Britass (To) Johnny Courtney • 5 hours ago

Something you should know and accept about Syria Iraq and Libya~
.
Most of Syria’s gold bullion was sent overseas under (Uncle) Assad Senior who, no matter ‘WHAT’ his personal feelings were, had little choice at the time other than to either obey the International Zionists on that, or have his country turned into a large piece of glass ~ Remember, at the same time the Syrian nation was supposedly the main sponsor of international terror, America was sending terror suspects to Syria to be questioned in the unique manner Syrian Intelligence had acquired both during and after WW2 when ex Nazi ‘SS’ (Secret) Zionists gained powerful positions there under the guise of peaceful reason ~ The entire question of Iraq and it’s people is the biggest pile of disinfo America has done since the Cold War ~ In addition to being a stooge for International Zionism, Saddam Hussein collected 1000’s upon 1000’s of tons of gold for Zion ~ After he fell out of favor, perhaps by writing his infamous book which I’ve never read “Za-Biba & the King” or because he was pissed about being scammed on Kuwait and Gulf War One, he died ~ It was a done deal already by the time his son in law travelled to America for 3 months in 1995 with ‘EVIDENCE’ that Iraq had already disarmed itself of ‘ALL’ of it’s WMD’s, and then his son-in-law was murdered by those who murdered him the original Hussein ~ Saddam was then replaced by one of his 9 lookalike security doubles in time for the official UN Weapons Inspectors to enter, whose real job was limited to locating all the gold stashes which were all in safe US hands by the ‘Mission Accomplished’ moment, with Washington then playing it like a patriotic Machiavellian Stradivarius violin ~
.
Gaddafi was also a collector of gold for International Zionism ~
.
At the time of his so called shooting death, a lookalike cousin’s corpse was displayed for the sake of the West with a bullet to the head and the gold bullion was already out of the country as various Libyans were murdered for complaining ~ Benghazi only occurred when the brave Libyan people began to gain traction in the international media over their complaints their gold bullion had all been stolen ~ And now, covering up ‘THIS’ obscene piece of warped recent history at any cost in human life is what’s truly behind the big hypocritical Washington push for more war in the Middle East ~
. 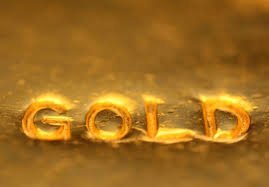 WWIII starts with the Middle East. It has religious beginnings. But as mentioned below, it was scripted long ago. I’m sure Russia and America will both be in it, but not at the start.

REALITYCHECK (To) Tom • 2 hours ago

And you know this do you? Fuckwit, using a mythical fairy story to look at the future. Yankland is going down.

Et.Tu.Britass (To) REALITYCHECK • a few seconds ago

All hail the angry (Invisible) omnipotent omnipresent mythical cosmic-magi fairy almighty in the sky who loves us ~ Better watch out dude, cause word is him and Zeus and Hades are all doing a shonky Ponzi scheme scam where you get your spirit eaten in paradise and your soul eaten in Hades and your ass can easily end up on someone’s ritual kabala dinner table in the here and now like happened to Moses Elijah and the Christ ~ And what about a ‘HABEAS CORPUS’ on their bodies? ~ No need, cause the Rabbi claims that ‘GOD TOOK THEM’ or something ~ (Yeah ~ Sure Rabbi ~ Book-em, Danno) ~ Meanwhile, beware the awesome powers of the angry (Invisible) omnipotent omnipresent mythical cosmic magician fairy in the sky who loves us ~ He’s gonna get-ya ~ Or the devil will ~ Or Satan ~ Or the angels ~ Or even Al-Qaeda 😉
.

I would give up my left nut to go back and live in the 40s and 50s, when America had some values and non GMO food. When chicken actually tasted like chicken, and a burger was actually ground beef instead of filler, wood pulp and pink slim. LAME!

Ha-Ha ~ Maybe the new ‘Dr Who’ at the BBC is a bit kinky? ~ Hell ~ After the ex BBC Director Peter Day’s time there, your left-nut might actually get you a starring role in a new episode involving a left testicle travelling back to the 50’s to save the world ~ Of course I’m being silly there, yet, makes you wonder if there’s a market for fresh testicle-meat at the BBC? ~ At the very least you’re bound to get some takers on the “Red Dwarf” show 😉
.
(Poms are right into quirky Sci-Fi & left testicles) ~ (Even in real life) ~
.
Pity it wasn’t for real tho, or you could go back to 1963 with a proper video camera and not just film the ‘REAL’ missing 6 seconds of the Zapruder film which will show the JFK kill-shot coming from the front seat, you could also film Senator Don Rumsfeld literally standing right there at the “Grassy Knoll” in Dallas with the (Literal) Grassy Knoll shooter on the very day that JFK got that bullet to the throat from there to immobilize him ~
.
(You’d film him there cause he ‘WAS‘ there, yet he wasn’t the JFK shooter)

(Don’t be too surprised if those who ran it have a ‘GREAT‘ alibi for him)
.

.
.
.
BTW ~ Just for those who need to know, twice (?) ex US Defence Secretary Donald Rumsfeld’s illegitimate (Biological) father was one John J McCord who was a Rockefeller fixer and an illegitimate ‘ROCKEFELLER’ himself ~ You put two and two together and come up with $2.3 Trillion missing from ‘DOD’ and an invisible 757 hitting a Pentagon audit office and you must be one hell of an accountant as well as a whizz-bang wanker-banker ‘Core-Math’ teacher too ~
.
.
.