Against Refugee Smugglers As Germany

Europe’s refugee crisis is getting worse by the day. Less than 24 hours after Germany announced it would impose border controls with Austria, followed promptly by the Czech Republic, Slovenia and now the Netherlands, German vice chancellor Sigmar Gabriel predicted that as many as 1 million refugees may arrive by the end of the year as other nations moved to fortify their frontiers. (Edited)

If indeed they’ll ‘LITERALLY’ target the people smugglers, and not just the people as in Americans saying one thing and meaning another, then really, seriously French intelligence services are like pit bulls, and Germans? ~ A bit like Rottweillers with a bad toothache they are ~ So being a ‘PEOPLE SMUGGLER’ would soon turn into the lousiest shittiest job on the planet short of being a sewer worker for Capital Hill  😉

Russian Foreign Minister Sergei Lavrov said on Sunday the goal of the United States in Syria is different than what is publicly stated. He also said the coalition led by the U.S. knows the positions of ISIS in the country and is not targeting them. Lavrov told Channel one, the largest television network in the Russian Federation, that analysis of aviation operations in Syria “creates a strange impression” and instead of fighting ISIS “there is something else which is a concern of the coalition.” (Edited)

Maybe it’s time to ‘Shtopp’ the ‘Shtick’ methinks Mr Lavrov ~ Zen chess games at this level are waaay out of my pay grade ($0.00) Heh-Heh-Heh and even if they weren’t, without the requisite highly detailed instantaneous accurate info available on exactly who’s screwing whom, and where (Shnigger) they’re screwing them and are they using a condom and lube, all very detailed ‘Spy versus Spy’ stuff, then who the hell knows what the hell International Zionism really wants out of this endless warped replay of old stuff unless someone who knew ‘Shtopps’ the ‘Shtick’ (sic) and levels with everyone without too much guile? ~ Either way, it sure looks like some of the very advanced missiles Russia sold to Syria two to three years ago were a game changer, and even tho according to Sen McCain Syria has one of the most advanced barrel bomb industries on the planet (Berk) it’s still a case of ‘Shtopp’ the ‘Shtick’ for fcuk’s sake before the wind blows the other way and poo flies everywhere 😦
.
So there now, lots of droll words and didn’t make too much sense doing it 😉
And still a core-comment to all those who know ~ Pretty diplomatic Huh?  😉

UPDATE: The killer of a Kentucky police officer has been identified as a supporter of the ‘Black Lives Matter’ movement. Joseph Thomas Johnson-Shanks gunned down Kentucky State Trooper Joseph Cameron Ponder after a high speed chase last night. Johnson-Shanks posted images on his Facebook page under the pseudonym ‘Jay MileHigh’ of himself attending Michael Brown’s funeral service as well as ‘Black Lives Matter’ demonstrations in Missouri. Johnson-Shanks’s involvement with ‘Black Lives Matter’ is particularly concerning given that the movement’s inspiration is a convicted cop killer on the FBI’s ‘Most Wanted Terrorists’ list, and numerous supporters of BLM have threatened to kill cops in the past, as we document below. (Edited)

(More repeats from the biggest ‘BS‘ artists on the planet)  😦

Paul Joseph Watson is editor at large of Infowars.com and Prison Planet.com.

America is getting more and more delusional to the point where it’s politicians seem to believe ‘PLAUSIBLE’ blurs a pretty comfortable line with ‘FACTUAL’, while their political media seems to think that somehow the world will believe them based on a past reputation of a free media in a state that was often said to be free apart from the Kent State thing etcetera, if only they can repeat the same lies over and over so often that their listeners will gnaw their own heads off in despair and resignation 😉
.
Or in other words, they bullshit ‘WAAAY’ too much 24\7 now, it’s not healthy  😦

How smart was it to build ‘EVERYTHING’ around your lies, American Zionists?  😉

Your Govt lied to you over who this man really was  😦

You know they lied about the 2 jets into 3 skyscrapers  😦

What’s wrong with you that you’d believe their denials?  😦 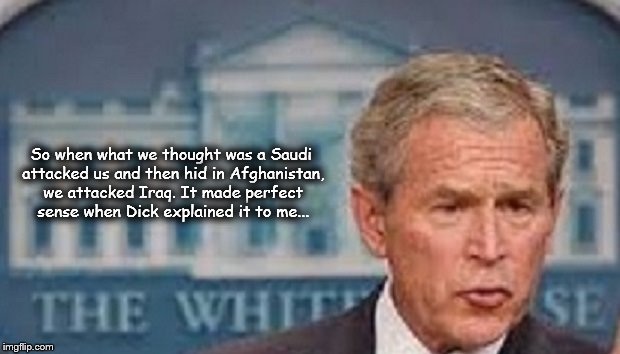 Still don’t see why without an amnesty for treason you’re screwed and we’re screwed, indeed everyone on the planet is screwed? ~ That’s ‘OK’ sort-of America, if it was just you and you just screwed yourselves without screwing the world up too, only you’ll be used by the same secretly Zionist Masonic criminals to cause WW3 with your lies and, and even tho it’s very karmic that you’ve screwed yourselves doing it  😉

(Basically you deserved it)  😉

You idiots, you’ll lose 160 million of your own people in a single week of treason, which is fine, but in the process you’ll be used to cause 2 billion deaths ~ Now if you could just contain your lunacy to the 51 states and territories, then sad as it may be, well, maybe the rest of the world would get over it?  😦