Does America even know how much printed deficit-money their corrupt Govt is using to finance lying about everything 24\7 now, or do they just go along with the big safety and security of ‘PATRIOT-ACTORS’ in their congress even tho they know they’re lying large about things that didn’t happen, along with repeats of things that did happen yet are being re-run, as well as things that didn’t happen yet are being repeated too, sometimes years after the fact, and all supposedly to convince their (American) people I’m an idiot who’ll believe everything they say and am therefore a danger to them and to the world they’re all lying to in the name of their ‘PATRIOT ACT’ sham basically because I’m (In their mind) an idiot and thus an idiotic scapegoat?  😉

In other words, stick your Boston-bombing shams up your ass, Zion 😉

Ditto with your Ferguson and Michael Brown and Trayvon Martin too 😦

How-many times can your Govt lie to you in one decade America? 😦

A closer look at the upcoming Jade Helm military exercise, specifically its “master the human domain” motto, reveals a larger agenda in regards to domestic policy. And that’s exactly why the establishment media is working so hard to shut it down.

Should the situation with Iran & in Ukraine goes hot, Jade Helm will be in position to be activated. Just a gut feeling.

Et.Tu.Britass (To) Baxter Funt • 2 hours ago

Where is the Army Public Affairs folks at to explain this or the Exercise Director?

Et.Tu.Britass (To) Mark Williford • 2 minutes ago

There is much speculation about US Secretary of State John Kerry’s rush visit to Russia in the wake of Russia’s successful Victory Day celebration on May 9. On May 11, Kerry, who was snubbing Russia on the 9th, was on his way to Russia, and Putin consented to see him on May 12. As time passes we will find out why Kerry was snubbing Putin on May 9 and 3 days later was criticizing Washington’s puppet regime in Ukraine.

For what is known at this time, a possible explanation is that Washington is coming to its senses. If you watched the 1 hour 20 minute video of the Victory Day Parade, you are aware that the celebration sent a powerful message. Russia is a first class military power, and Russia is backed by China and India, whose soldiers marched with Russia’s in the parade. 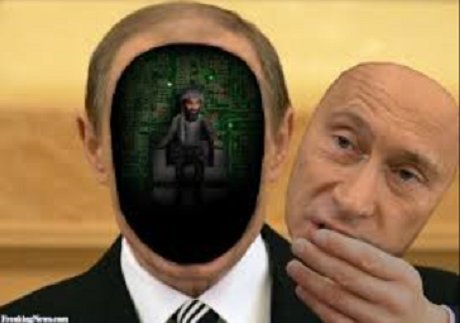 Does anyone consider that the US and Russia may work in a cooperative manner?

Et.Tu.Britass (To) Bacchus • 2 hours ago

Like when Masons Stalin und (sic) Khrushchev guarded uncle Adolf’s looted European gold at the ‘ODESSA’ compound all thru the Cold War und (sic) handed it over for the (Illegal) 1973 US Fed Chinese Gold Loan for Reaganomics junk bonds? 😦
.
I’m growing tired of the stupid’s that work for Zion’s ancient wisdom 😦
They’re nearly ‘ALL’ in the Masonic Lodge defending their feudalism 😦
They like to call it ‘GLOBALISM’ but really it’s just fcuking feudalism 😦
. 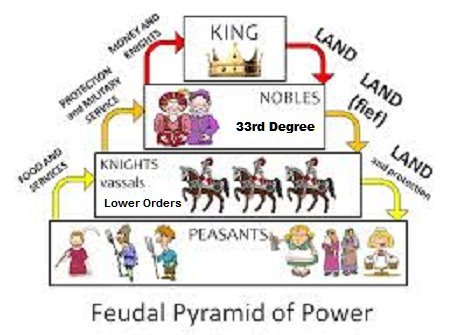 Aziz Bey (To) edthegrocer • 3 hours ago

Three corporations that are running & ruining the world! The crown (finance) the Vatican (calls the shots) and the US Govt (wet work or wars). So very true my lord !

‘Vatican’ calls the shots? ~ Really? ~ Like with ‘JFK’ etc? ~ Ha-Ha ~
.
Twas German-Jew descent Masons like ‘HENEY’ (sic) and his best Pal (sic) and lifelong bud (sic) ‘DUMSFELD’ (Snicker) that whacked ‘HIM’ while a future secretly German born Masonic Jew who was the queen’s 13th cousin and eventually president himself ran the shit behind the scene, and they didn’t think much of popes ~ In fact they all worked for Eichmann of all people (Double in Israeli gaol) and as for who ‘HE’ was working for, some may claim it was the British crown, while any Apollo astronaut who’d managed to return from a fcuking moonwalk (sic) intact might think they were working for the ‘SWISS’ Masonic Lodge known as the Octagon ~ As for who ‘THEY’ in turn work for, well Yada Yada, and we’re all gonna die anyway 😉
.
Maybe it’s the hybrid-aliens that Mengele (Literally) cooked up? 😉
Now that’s just big sarcasm, yet the bit above it is all 100% facts 😦

I’m not afraid of Russia ‘OR’ of China, dangerous tho they may be over the next 30 years to any country intruding on their space ~ It’s America England Germany and Israel that have a track record of psycho-fascist genocide-trippers 😦