A Russian youth group released a video seemingly showing activists projecting footage of the Moscow Victory Parade on to the walls of the White House in Washington, DC. The group blasted President Obama for undermining Russia’s WWII victory celebrations.

The YouTube clip, uploaded on Wednesday, appears to show World War II-era Soviet tanks and modern Russian armored vehicles rolling through Red Square – projected on to the wall of the US presidential residence by night. Some passers-by are seen taking videos of the giant projection. The video, released by students of the Russian National Cinematographic School sets out to be more than just a prank, as it starts with a message addressing US President Barack Obama. Calling May 9, 1945, the “day when the new world was born,” the group stresses the importance of celebrating victory over Nazism internationally and together with Russia. But, it goes on to claim, “Barack Obama has forbidden many world leaders to visit Moscow Victory Day Parade and refused to come himself.”

Saw this movie tripping on ‘LSD’ in the 70’s ~ It seems an appropriate response 😦
.
We’re going further & further down a rabbit-hole to serve the deceptions illusions & idiocies of those elite who really rule tell all their servants, ‘OUR’ figurehead puppet rulers, both political and religious, are needed to keep the masses (Us) from being waaay too freaked out by the truths that have long been kept from us 😦
.
Reality is, almost like a fcuking Sci Fi cartoon, very-very different from what we’re all sold simply because we’re being deceived about the past to control the future, while the mechanism of the deception causes “The decade ahead to be destroyed by the lies needed to hide the previous 5 decades”, a thought attributable to WW2 Italian fascist Mussolini ~ It’s cause of consequences of lying about the 5 decades previous that we wade thru crap neck deep now, and that same neck-deep crap destroys all true choices we’re told we have ~ Oh I-was definitely tripping (Peaking) during the movie, so much so I’d walked out half way, yet true reality is even trippier 😉

For the sake of any unlearned in real history, Masons Stalin und Khrushchev safely guarded all of the gold that the illegitimate Astor descendant Adolf Hitler looted from Europe at the ‘ODESSA’ compound all of the way thru the so called Cold War right up until the (Illegal) 1973 US Fed gold loan, while the real beginning of WW2 saw a Tunguska nuke in Berlin by the time of the 1936 Olympics to blackmail the Nazis, or sadly, just a believable excuse to Adolf Hitler to sell his non-Zionist non elite-Jew German ‘PATRIOTS’ (sic) as the treason on every nation Masonry infested moved forward, and the real ending to WW2 saw the same nuclear blackmail in both London and New York giving the high ranking Masons the much needed excuse for their treason, eventually even including the heavily suppressed reality of a stolen nuke placed under congress via the old Masonic tunnels there prior to the Faux Cold War Cuban Missile Crisis by Kennedy’s Masonic assassins and, quite frankly, once you factor in the wall of illuminated idiocy now telling humanity that we have to sell our souls for chicken-shit or we’ll never ‘WIN’ whatever it is they claim we’ll lose if we don’t sell all reason for the price of a baby-buggering Christ killing Abrahamic illusion, all homilies about fake patriotism about ‘ANY’ pre planned secretly Zionist Masonic fcuk up since WW1 really kind of  ‘PISSES ME OFF’ 😦

And that’s a grammatically incorrect sentence isn’t it, yet I’ve never broken your laws cause Mom and Dad asked me not to, and all the while this Masonic charade still claims I’m a danger to good order when all I’m really seeking is simple justice or simple euthanasia rather than anymore trouble, so they’d better use the ‘NDAA’ on me or perhaps even come up with something stupider or even more illogical than that because the Zionist Masons are selling the world a at large a massive lie in the name of ancient wisdom and I’m unable to absorb any more of the stupid  😦

There’s millions of people who ‘ARE’ still stupid enough in their overall dishonesty of Zion’s treason against the species to allow their master plan to move forward (sic) so just let me go now, and allow the present religious and political deceptions against honest intelligent people everywhere to quell all doubts about karma over every single post rigor mortis (sic) precept that’s ever been sold to us in the name of a Judeo Xtian hoax they (Zionists) shill for, yet after you let me go, tho, know this…….

Just for the record, all those of you who reckon you win simply by making me lose, expect many of the 10’s of millions of murdered or otherwise brutalised victims of this grand charade to also be as pissed off as myself, and rightly so, and expect them to take their revenge in your afterlife, if not in the cluster-fcuk we’re in already as they influence you to make the stupidest choices possible as you warp your truth’s for the sake of your lies, and choose your position (s) well, cause one day you might have to justify it in truth & in spirit (Essence) across the River Styx with no omnipotent omnipresent invisible cosmic magician to help you, merely a great cloud of souls who died as faithless lying losers and remain so while pretending to be your gods  😦

Anyway, in the context of real time American patriotism under this Masonic Zionist deception, you factor in the ‘JFK’ assassination committed by secretly Zionist Masons while that stolen nuke was sitting under congress and you might begin to see why a 100%  Congressional Amnesty for treason is the only way America can or will ever see truth in politics media or even in their religion ever again, simply because the decade ahead is always almost ritually sacrificed to hide the 5 previous  😦

The tumours are killing me   😦

BEIJING (Reuters) – China is building a stronger military as insurance against the country suffering the kind of disaster that befell it during World War Two, the army’s paper said on Friday as President Xi Jinping headed to Russia for war commemorations. China’s military buildup, which includes developing stealth fighters and anti-satellite missiles, has unnerved the region and Washington, especially since Xi took office in 2013 and started taking a tougher line on maritime disputes. 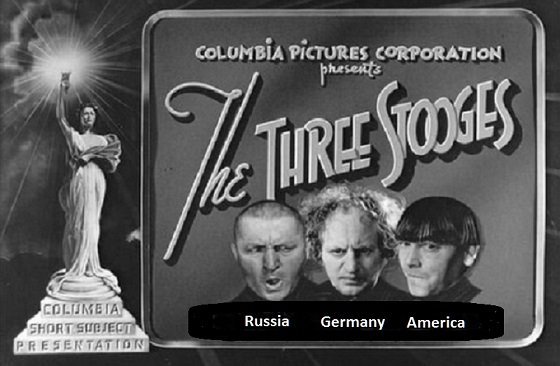 .
Don’t let my admittedly poor bad humour distract you here ~ Having declined the personal offer of the WW2 Italian dictator mentioned above to school me in the intricacies of all of the Machiavellian Masonic machinations in all of the wars going back to the times of the post feudal era (His death had been faked) because of the stress I’d been placed under by CIA in the form of rapes murders torture brainwashing and threats to loved ones, I’d still received one ‘HELL’ of a political education from the power players of the last 80+ years of world politics as a wee small angry boy with a latent 220 ‘IQ’ ~ Tho most of the lessons learned are beyond most readers because of the insane inbuilt illogical complexity that secretly Zionist Masonry weaves into it’s conspiracies, the simple fact of Masonic Lodge head Boss Tweed’s stolen Civil War Taxes bearer bonds, amounting to somewhere between $1 to $8 Trillion in today’s money eventually extorting (Stealing) Russia’s gold under Czar Nicholas with the help of his Masonic cousins the Kaiser and King George, and Russia’s gold then being used to create the US Fed, and the US Fed pumping the US economy during and after WW1, then literally asset stripping Wall St in the 1929 Wall St crash to finance illegitimate Astor descendant (Uncle) Adolf Hitler and his Nazi pawns in his (Their) allotted task to loot Europe’s gold before that gold, stored at ‘ODESSA’ in Ukraine  until 1973 was conspiratorially used by world Masonry to pull a Coup D’Etat on the US in 2001 isn’t too hard to grasp, once you learn all the hidden (Phew) facts  😦
.
Bearing in mind it’s complicated, yet not so much so as to be one of those unknowable unknown’s Rumsfeld prattled on about, the reality is that hiding such a long term conspiracy crippled America’s truth morality and integrity ~ Without that 100% Amnesty for treason in America going back 55+ years simply in exchange for telling the truth, America itself, because of the moral damage of everything since the Kennedy assassinations remains the single biggest threat to world peace in existence, except maybe if Mars gets big ideas after watching a Jack Nicholson movie  😉
.
Sadly, nearly ‘ALL’ of it’s leaders are liars losers and fools by now, ready to lie at the sound of a pin dripping, and like greater Europe (Russia) some of them literally aren’t even who they pretend to be anymore, literal identity swaps having been pulled and the originals never seen alive again ~ This is no joke yet it’s also no key in to attack the status quo, merely an opportunity, perhaps the last one you’ll ever get, to have a saner safer more truly humane decade ahead of you, if it’s not too late already  😦
.

Without that amnesty, America will be the death of us all  😦