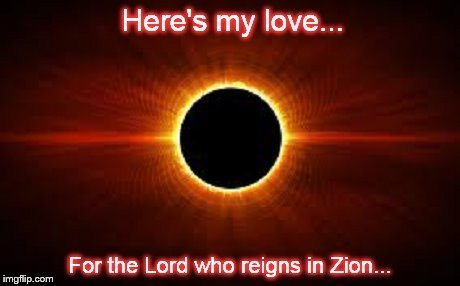 The US of A still needs amnesty for treason  😦

The culture of lies is endemic to Zion   😦

A conspiracy theorist was arrested and ordered to undergo a mental health evaluation after he called several schools in Newtown to claim that the 2012 Sandy Hook shootings were “fake”. 30-year-old Timothy Rogalski called the Sandy Hook Elementary School on Tuesday morning and left four messages on the school’s answering machine before speaking to an administrative assistant. Using his father’s name, Rogalski said he wanted to enroll a child in the school but wanted to make sure no more “fake” shootings would occur. After calling two other schools in Newtown, police traced the number back to Rogalski and arrested him at his home.

I’ll question everything without bothering to overly concern myself with what those who don’t won’t or can’t question things think about me questioning things, and I’ll even go as far as to question the shibboleths of all the world’s versions of the angry invisible omnipotent omnipresent omniscient Abrahamic cosmic magicians who run this world into the ground with ‘BS’ damn near 24\7 now ~ The first one I-see (sic) once I’m dead I’m gonna ask him why, if he was both omnipotent and omniscient, didn’t he foresee all of the many fcuk-up’s he created and fix it before it started ~
.
I-don’t expect to ever see one tho, just a bunch of dead-guys pretending 😦
This applies to every lie of the last 2000 years, as well as JFK onwards 😦
Perhaps I’ll ask him why so-many ppl think lying is so damn smart? 😦
. 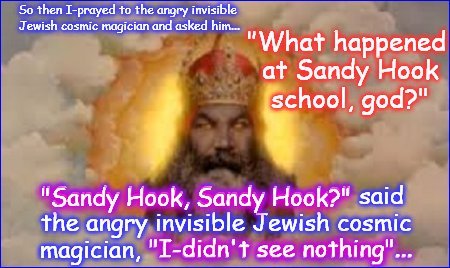 Sure ~ 13.5 billion light years away on the other side of the universe, YaaHee WaaHee is hunting down kosher foreskins and smiting the heathen ass and generally making a total complete absolute cock up of everything he puts his hand too, at exactly the same time he’s doing it here and now ~ Your god is the great Liberace in the Sky fool 😉
. 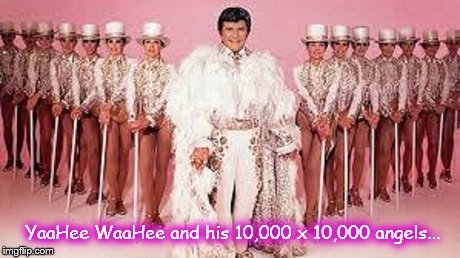 Your imaginary deity spoken to anyone recently, mickenbaum? Try The Creation? Ah.. never mind. In 800 years time these man made 2000+ yeare old cults will be gone.. according to The Pleiadian Mission by Randolph Winters, that based on

Sunspots are where the Star we orbit is fusing iron locally in extremely high temperatures, much higher than the iron rich plasma around it that’s still fusing hydrogen and emitting light, simply because it’s low on hydrogen all over, yet the localised areas we call sunspots are areas of extremely low hydrogen levels, so low it can’t maintain hydrogen fusion we’re told by our leaders to think is so static ~
.
Somewhere in the Greek Classics one of those gay old Greek guys recorded a time in the Atlantean pre-history when it had ceased to shine light all over and scorched the earth, in effect becoming one massive sunspot ~ Thankfully (Obviously) hydrogen fusion kicked in again, yet the Jewish prophet Christ predicted a time when once again the star will cease to shine light and scorch earth with great heat, only he implied that next time round it wont start fusing hydrogen again, instead continuing to fuse iron into heavier elements at greater and greater heat until the remaining deuterium (Hydrogen ion) molecules spark an explosion in the iron rich plasma ~
.
That would still contain more than enough of the elements of deuterium that make up a hydrogen bomb, fulfilling what Christ prophesied, which could then be only a real world ‘SUPERNOVA’ resulting in a ‘LAKE OF FIRE’ where the solar system appears to be, something backed up by the prophesy of a humble Jew fisherman who predicted in 2Pet Chapter 3 Verse 10 that the “Very elements will melt with fervent heat” as well as 2Pet 3:12 the “Planetary bodies disappear with a shrill loud noise” ~
.
My point is nothing to do with the ancient religious cults you mentioned, merely wondering what these mythical Pleiadian’s of yours predict about it ~ Word is this really is ‘PRISON PLANET’ as in a kind of galactic death row so maybe your so called Pleiadian’s are merely stuck here too, stuck here as prisoners just like we are, yet you seem to have fallen for their old Zionist shill about us having Star Travel ~
.
That’s just a lie propagated by those who rule us so they can keep on pretending they’re in control ~ It’s obviously a well crafted lie because anyone with Star Travel would already be hitting light speed+ to get the flock out of here Pronto ~
.

No need to knock it until you’ve thought it all thru fool 😉
. 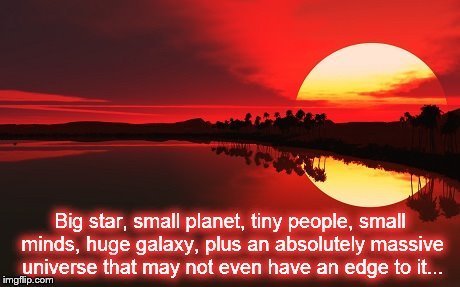 And the US still needs amnesty for treason  😦 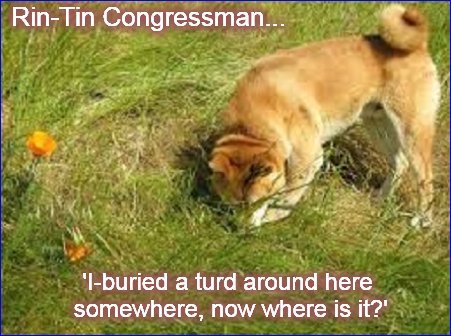 NB: For the record, if any of those supercilious hypocritical suck-cockers in the US Congress who like to wheel out the ‘FAITH-CARD’ in the election shill, or when the economy is going bad and who also like to imply or claim outright that I’m irreligious or an unbeliever in their god or even an atheist, well that’s another one of their ridiculous conspiratorial Zionist lies right up there with 2 jets into 3 skyscrapers shill and that whopper ‘THE MUSLIMS HATE OUR FREEDOMS’ so we’ll just pass a Patriot Act to suspend 2\3 of the US Constitution under the hidden parts of the legislation to protect America’s freedoms ~ (sic) ~ Fact is I’m an animist of sorts, as well as a spiritualist, and have been since my early childhood when these swine murdered so many children in front of me (20 by age 13) that the idea of getting a grip on the concept of death was a must ~ I’m biologically a Jew too, one who could if I’d cared enough to do so, trace lineage back thru German Nazis to American Zionist Astor’s just like Hitler and Eichmann did, then literally all of the way back to the Stuart Kings of feudal England who were all ‘British Israelite’ to the bone ~ As for their (Your) god of course I’m not a believer in the omnipotent omnipresent invisible cosmically magical occultist Zionist control-mechanisms (God) cause I’m not a fcuking idiot ~

The whole thing is a total crock of shit designed as a control mechanism of the state from the very start, one that the Christ had tried hard to subvert without violence by obeying the spirit of those who really did mean well rather than the pigs who used it to rule, and none of those Freemasons in your government believes a bloody word of it anyway, they just pretend to so they can sucker you better with smooth words than they did last time ~ My views on the Christ himself, on the historical Christ? ~ That guy had a mind like a steel bear trap, a heart like a lion, and a couple of bowling balls hanging between his legs, being very likely to have been educated in occult by the same people who schooled Moses and in intellectual political strategy by the descendants of the martyred Maccabees in Egypt ~ Meanwhile, what I’ve said in these blogs could only be condemned as being atheist of you were enough of a hypocrite to also believe all of the treasonous post 911 crap you’ve heard thus far ~

And you have a nice day too, unless you’re one of those pigs who lie about me, in which case I’d be secretly hoping that you choke to death on the next dcik you suck you spiteful pigs  😉

Can’t see why an amnesty for treason is needed?  😦

Must have your bloody eyes wide-shut America  😦