A top US commander warns Caribbean and South American countries are unable to track 100 foreign fighters that could return from Syria. The war in Syria has attracted roughly 100 foreign fighters from the Caribbean who could easily make their way to the United States, said the top U.S. military commander for the southern hemisphere. With little ability to track and monitor foreign fighters when they return, it would be relatively easy for those fighters to “walk” north to the U.S. border along the same networks used to traffic drugs and humans, according to Gen. John Kelly, commander of U.S. Southern Command. “They don’t have that ability to track these folks,” Kelly said at a Pentagon briefing on Thursday.

Someone nameless (Famous) once told me to turn everything back to front, upside down, left to right, and inside out to study if all it’s various parts fitted the whole that was being made of it ~ Kind of like laterally dissecting an empirical assertion (sic) to see if it really was in any way empirical, and not merely a bit of well crafted spin ~
.
In the process I’d needed to learn to laugh at really serious shit 😉
Hey, I-was only about 7 and serious-shit was often going down 😉
Obviously I’ve survived thus far, yet people think I’m a bit crazy 😉

“A top US commander warns Caribbean and South American countries are unable to track 100 foreign fighters that could return from Syria?” ~ Hmm, America seems to have a love affair with authority (Daddy) figures as in their politicians or that there general or whoever telling them what they should fear ~

Me wonders if many day to day ground forces who’ve already been weaned are particularly worried about an ‘ISIS’ attack from Columbia, where terrorists wander round with bags of coke destined for America, or an attack from the Caribbean where terrorists with dreadlocks wander round armed with high quality stinkweed ~
.
Will they just launch a few nuclear cruise missiles to level both places? 😉

NB: For those who never knew a deeper story (Myth if you wish) that song was written by the Jamaican civil rights activist and intellectual Bob Marley to inspire little boys and big men not to fall for half a glass full of freedom where those who took the other half try to tell you you can’t have a full glass of freedom until they’ve managed to ‘REDEEM’ you from the (False) accusations they’d made against you in order to justify politically dominating you after taking half of your freedom in the first place ~

Our military (sic) has fought for the enemy my whole life. I don’t blame the grunts that are too stupid to know they are fighting for the enemy. DC is enemy held territory, its a zionist snake pit facade.

I-blame the bear, or the dog, or whatever it is ~ It’s not the enlisted men ~
(After all, the stupid people can’t be blamed for stupidity ~ It’d be stupid) ~
. 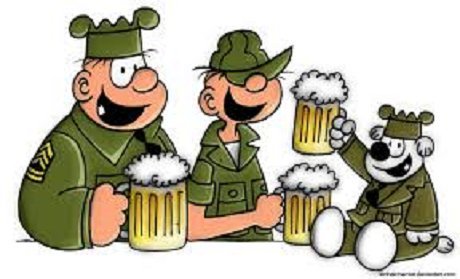 Rumors continue to swirl about the whereabouts of Vladmir Putin after he failed to make a public appearance in over a week.

Vlad the Impaler • 9 hours ago

Nothing’s wrong with Putin. This is just more of the unrelenting demonizing of the only man in the world standing in the way of the satanic Zionist Bulldozer.. Ever look at Yahoo News? They have at least 5 or 6 stories EVERY day that attempt to trash Putin or blame him for this or that. The Zio Bankster boys are seething over their failing war in Ukraine, and the loss of Crimea, and the failed war in South Ossetia, and now they’re being stalled in Syria. So they dispatch their Yiddish writers to attempt to smear him in every sort of manner–but it isn’t working. They tried to finish him off last year (and Russia’s economy) by having the hook-nosed Saudi’s drop oil prices but that too failed. And they failed yet again with the assassination of Nemtsov.

Et.Tu.Britass (To) Vlad the Impaler • 2 hours ago

Pointless unprovable not very believable fact #01 ~ 12,000 years ago when the Sahara was an inland sea before it became lush sub tropical jungle and then a barren desert, Zionists used to use their noses to spear dolphins ~

Pointless unprovable not very believable fact #02 ~ Two jets brought down 3 skyscrapers in a complicated act of terror run from a cave by a dead Saudi man called Osama who must have hired a dyslexic Australian born body double to stand in for him seeing he’d been a little bit dead at the time ~
. 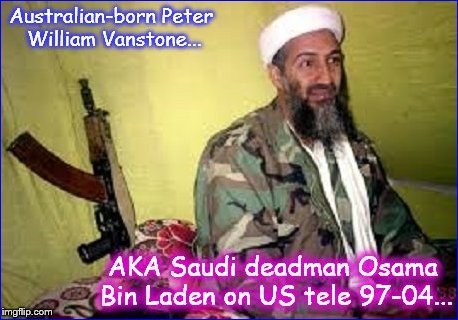 He (President Putin) was abducted by aliens. LOL

They prefer to be called “Allen’s” and not Alien’s now ~ You know, PC and all that, no racism now they own so much of America anyway ~ Pretty soon one day you’ll find out it wasn’t the Chinese or the Japanese or the Swiss or the Germans or those commie Russian bastards buying up America ~ It was only “Allen’s” using these countries as fronts for the real “Allen” invasion, the one Hollywood can’t do a movie on yet ~
. 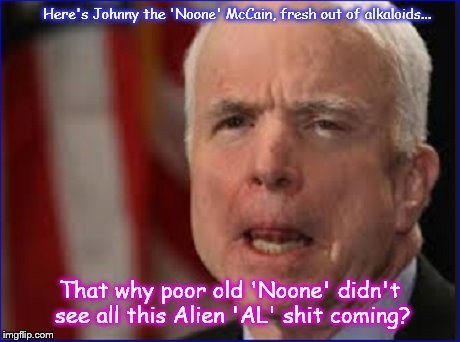 EDOMS THORN (To) Et.Tu.Britass • 8 hours ago

IT must be hard for you! Needy little IDIOT that has a program that can generate images, but not able to be profound or FUNNY!

Et.Tu.Britass (To) EDOMS THORN • 3 hours ago

FUNNY does not feed the BULL DOG! He is an IDIOT of the highest degree.

Et.Tu.Britass (To) EDOMS THORN • 3 hours ago

Okaaaaaay ~ Gotta-ask ~ Is the bulldog a bitch? 😉
Has she got nine little bitches & butch’s to feed? 😉
. 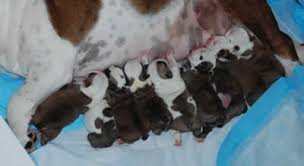 Billo is kissing his ass at his secret hideout where he orders the murder and pillage of dissenters and the Ukraine. Some dumbass ‘Peter’ claims the Russian people who have the heel of the totalitarian dictatorship crushing their neck are somehow happy, liberated people. Well you moron what are you living here for, get the f**k out and enjoy the state controlled insanity that Russia or China offers. More stupid people who have never been ten miles away from their mother’s basement. Russians would kill to enjoy your freedoms, they have no concept of what it’s like to even begin to have that choice. Oh by the way, Putin’s murder of Nemtsov will go unpunished since the stooge conveniently blew himself up. What? NO FALSE FLAG FALSE FLAG from the usual set of idiots? Oh only if they are American, I mean Russia is the absolute Utopian Dream of a government right? Ask the people of Crimea who have become peasants on a new military base that Vladimir KGB thug and murderer Putin intends to use as a missile site. They wiped out all tv stations except for Russian propaganda and BURNED BOOKS after going door to door hauling people off for fake crimes against the Russian state. Once again you yellow belly traitors go live in Crimea get out of your American democracy and enjoy Putin’s paranoid, murderous regime instead.

Is there a problem everybody? ~ Did someone call for a doctor did they? 😉
Sorry, I’m a Time Lord, I-don’t do psychoanalysis, especially of psycho’s 😉
.

No sh it, nuttier than squirrel turds….

He already has an Israeli double 🙂 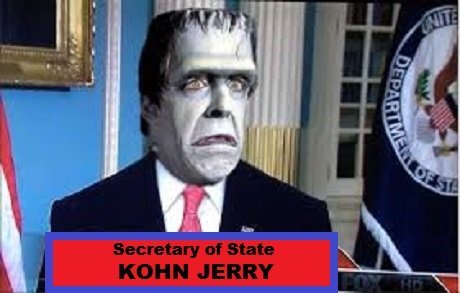 The number of people that either don’t know or don’t care that that’s not the original ex Vietnam War Marine ‘John Kerry’ shows beyond all doubt just how far down the rabbit hole America’s treason since the Kennedy days has taken them, with a decent good hearted tho somewhat naïve man who’d served both his country’s military ‘AND’ it’s congress so easily able to be ‘DISAPPEARED’ and then replaced with a lookalike fcuk in a power-play identity swap run by the same big banker Masonic Zionist elite who pull all of America’s treasons including the 911 attacks  😦

Why I Wouldn’t Want

To Be A Police Officer

Can you imagine going to work each day knowing that there are lots of people out there that would love to see you dead?  Despite what a lot of Americans may think, it takes real courage to be a police officer in this country today.  Every time you put on that uniform and walk out the front door, it might be the very last time that you ever see your spouse and family. (Or Visa Versa for that matter) ~

“Can you imagine going to work each day knowing that there are lots of people out there that would love to see you dead?” ~ Yeah, I-sure can ~ On at least two occasions in the 80’s people ‘LITERALLY’ tried to kill me as in ‘DEAD’ in what were at the time laughingly referred to as ‘INDUSTRIAL ACCIDENTS’ due to a very effective black op character assassination done on me by CIA for some of the murders they’d pulled in my presence along with an acid attack that crippled my cousin for life 😦
.
So yeah, I’m actually able to partially empathize with those coppers ~
Of course, I’m not American, so it’s empathy, not sympathy or hate ~
. 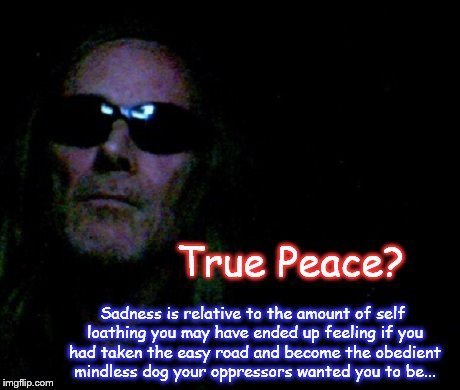