“She’s been mentally ill since day one”

Alex Jones talks with former Clinton insider Larry Nichols about the rumors that Hillary Clinton is struggling to maintain control of her own mind.

Statism is a mental disorder, period. The belief that a small group of Individuals have the moral, legitimate Right to forcibly control everyone else is nuts.

Cue the statist apologists. Please explain why you feel you need a ‘ruler.’

Et.Tu.Britass (To) Lewie Paine • 3 minutes ago

‘America‘ has mental problems, Hillary Clinton is simply an American…

Banks ‘Out of Ammo’

A top banker and Davos insider recently admitted that an economic collapse is imminent because the central banks have lost control and are completely out of ideas.

“Quick, don’t panic, don’t panic everyone”, and don’t use any kind of international ‘National repentance’ along with truth treason-amnesty and a full capital investment in the value of each person’s labor (Without the usual Masonic scams) to reboot the economy by preparing for Pole Shift, or else the sky will fall down too… 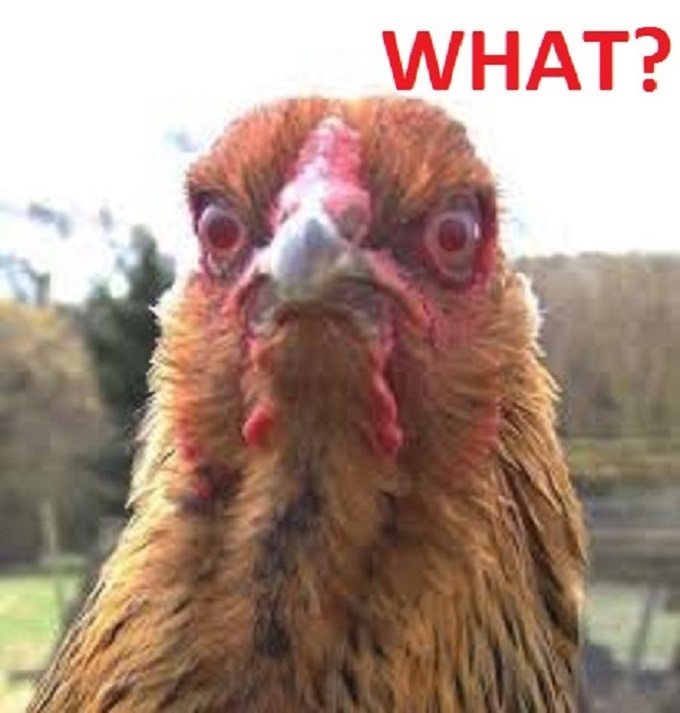 Rex Jones examines what it’s like for a kid growing up in a world where adults can legally fondle children in public and get away with it.

Bob Smith • an hour ago

I do not comply.

Et.Tu.Britass (To) Bob Smith • 4 minutes ago

I’ve got a problem doing what stupid people tell me to, it’s likely I’ve been some form of radical borderline-terrorist troublemaker since my very early childhood, which probably means there’s no hope for meeeeeeee  😉

Growing backlash? Delayed reaction to molestation – demonstrates the lack of will in the American people to submit to degradation. A criminally corrupt government employs trolls and instills a sense of power in them.

The American people, like the Germans, Swedes, French, English, all of them, have absolutely no courage, no bravery and are clueless as to where this is all headed.

What is taking place would make Hitler joyous. Most people are passive sheep that will allow themselves and their loved ones to be led to slaughter. And we don’t have until next November, hoping for Mighty Mouse to fly in and save the day.

Et.Tu.Britass (To) guest • 2 minutes ago

Preventing It from Solving San

Insists crucial information locked up on a pair of cell phones

The FBI says its investigation into the San Bernardino shooting has been stymied by encryption. In addition to not finding a computer hard drive allegedly used by the suspects, the FBI cannot break the encryption code protecting two cell phones, according to David Bowdich, Assistant Director in Charge of the FBI Los Angeles Field Office. “As to those devices, obviously we’ve said from day one, the digital footprint is incredibly important for us to hopefully learn any contacts, any context, and ultimately any intent on their part,” Bowdich told Fox News.

Glitch Girl • a day ago

Political correctness got 14 killed. There. I solved it. Next?

Et.Tu.Britass (To) Glitch Girl • 15 minutes ago

Small peanut-farmers of America, unite ~ The battle against radical Muslims who hate peanut butter continues ~ These Syrian and Iranian peanut-butter hating Muslims can ‘NOT’ be allowed to threaten what America holds dear…

The graphic above is just a silly-pun on the American Zio-machine’s insistence on re-running old stories as if new in what now amounts to an insane gambit to keep the public from asking questions on their string of treasonous lies treasonous thefts and their large scale war crime genocidal murders, replaying the old stories over and over ad-infinitum at a cost of over $2+ Billion Dollars on and off books already, on the one hand implying to those watching that I’m somehow dumb for believing them when believing a Mason or a Jew will ‘NEVER‘ happen and believing an American extremely unlikely anyway, while on the other they (Zio-Masons) keep everyone confused by lying for them while claiming only they know what they’re doing…

Hence the nuts, the Masonic symbol, the calendar, and the flag…

A Sperger • a day ago

What escapes me is the logic behind this. The FBI can’t “solve” the shooting? What is there to “solve”? The crime was “solved” when the cops riddled the car and it’s occupants with bullets. The FBI should just ask the press, the Press had it solved within minutes, or so they tell us. What the FBI is actually whining about is that with encryption, they will actually have to work a little harder. Awwww. Poor babies.

Et.Tu.Britass (To) A Sperger • 8 minutes ago

Course it was solved ~ According to those who were playing the angle back when it first supposedly happened it was just a very clear Hollywood quality production of a Crisis Actor stunt ~ Then, when it was repeated the first time they said it was both a high quality Crisis Actor stunt, or the issue was over nothing more than the couple’s baby being murdered and\or a real US Govt terror attack gone wrong, or else they were real Muslims and it was just a real terror attack , while now the third time the story has run, or the 2nd time it’s been repeated, however you wish to look at it, it’s just those freedom hating violent Muslim terrorist types…

that attacked you again…

You need help America ~ Seriously, you need a psychiatrist bad  😦

Dimon paid $1.5 million salary, then over $25 million in bonuses and grants

Even as Wall Street braces for more cuts to jobs and bonuses, JPMorgan Chase CEO Jamie Dimon was paid $27 million in 2015, up from $20 million the year before…

The pay raise comes after JPMorgan announced record annual profits last week, thanks to cost-cutting that helped to offset stagnating revenue growth. JPMorgan’s board paid Dimon a $1.5 million salary, a $5 million cash bonus and $20.5 million in performance-based stock grants, the company said in a regulatory filing.

We would like to thank all of our depositors for their investments in our bank. We’ve had record profits again this year thanks to your contributions.  We would also like to thank you for the generous bonuses you are providing which is also a testament to the way in which we are investing your money.  For this next year our investors can expect a small haircut as we strive to keep up with rising costs and maintain profitability.  Once again, thank you for your generous donations.

Et.Tu.Britass (To) CEO Dimon • an hour ago

Oh-well. this article reminds me of the comedian who was reported to the president’s Cyber Security chief for shouting “Butt-sex, butt-sex” during a meeting of the brand new ‘NSA x DHS’ computer-humor anti terror unit which the president set up to help defend America funding a never ending war on Muslim Cessna pilots  😉

Bwaar Ha-Ha, now watch some fool actually either do it, or worse, not do it  😉

Here are the finalists of the contest!

After an exhausting review of every entry, Infowars is pleased to announce the finalists of the Make Fun of Hillary, Defend the First Amendment film contest.

We launched the contest back in November to reassert our birth right to free speech after Clinton attempted to censor comedy skits that poked fun at her produced by the Laugh Factory in Los Angeles, Calif. “They threatened me,” club owner Jamie Masada told Judicial Watch. “I have received complains before but never a call like this, threatening to put me out of business if I don’t cut the video.” […]

What do you think of the finalists? Add your comment below!

WASP • an hour ago

And now for something completely different…

I-do ‘NOT‘ own cartoons, old photos, or vids used in this blog ~ I’m not seeking one jot or tittle in financial advantage thru their use and claim it’s all fair use for the sake of a higher cause, and fair comment as well, along with some much needed albeit cynical timely humor and ‘VERITAS’ (Truth) plus a bit of hard core political philosophical and religious sarcasm, also in the cause of truth, mostly because somebody had to do it, and ‘I’M SOMEBODY’ you illuminated nobodies ~ All past present and future legal rights of any kind whatsoever  (Except denying me fair use) plus all past present and (Also) any future royalties remain those of the original lawful owners  😉

PS: The bit underneath isn’t funny, nor is it meant to be funny either…

I’m still just chasing simple liberty or simple quiet death, simple justice or a simple euthanasia, and don’t forget I’m only doing-it in the most constructive way possible, thru the offices of grace and good humor, plus some acid wit and sarcasm ~ It’s now been 57 years since the self confessed greatest nation in the world, the US of A, first tortured me as a 2 y\o to force my submission to their damn ‘MK Ultra’ shit, torture that occurred at least 8 times by age 15 along with witnessing 23 murders, 20 of them kids, 14 of those kids Australian Aboriginal children tortured to death in front of me by being slowly cut up with knives in ritual Jewish kabala murders, and nine of those torture murders only mere ‘Babes in Arms’ as the saying goes, and it’s only been a little under 12 years since the last torture where I’d screamed a full throated scream with every breath for three minutes, then screamed one long never ending internal scream for the next 25-27 minutes after a muscle relaxant was administered as the torture continued unabated ~ Damn you Freemasons, especially American Masons of often illegitimate German Jew descent, literally damn the lot of you  😦