In case my surgical sarcasm over the 911 false flags below and elsewhere somehow hurts your feelings or harms your tender sensibilities, just try to remember that America tortured me 4 times by the age of 15 and in addition to committing 23 murders in front of me by age 13 of which 14 were tortured murders of babies and children, they also prostituted me for my entire childhood from the age of four onwards which was far worse than you may think when added to the literal physical torture and the skilled ‘CIA’ emotional torture that occurred ~ Bearing ‘THAT’ in mind, and keeping in mind the fact that since 1964 they’ve murdered every last person I’d ever loved, ever, as well as many of those I’d cared about who loved me and raped every single girl I’d ever shown an interest in, and had me lobotomised prior to 911 as some kind of danger to the peace and safety of the world community (Really) and also arranged for me to be blinded in my left eye in an assault, broke my back and 6 ribs and ankle getting run over by a semi trailer along with a punctured a lung (Phew) and broke my neck in an ‘Accident’ (sic) out on an oil rig, they’ve also given me 3 tumours (One via chemical injection) which are slowly and painfully killing me, then in truth my attitude to America is literally almost that of some first century saint, and my rotten sense of humour although often sarcastic and aggressive, is what it is, and won’t be changing any time soon this side of the Lord Jesus renting the sky asunder in fiery judgement with 10,000 times 10,000 of his holy angels  😦

That’s not all they did, it’s just a quick overview   😦

So go to hell Washington   😉

(Not just saying that by the way Washington, damn you forever, literally)  😦

The Wolf In ‘Patriot Act’

This is a piece I wrote last year for Ron Paul’s Voices of Liberty.  Now although mainstream media has all but put a gag order on 9/11 memorial coverage, I believe this article’s message has never been more relevant and so I’m posting again at what is obviously poignant time.  I find it odd that we have 10 Hollywood blockbusters made each year about the holocaust 75 years on, but only 14 years after the event American media will no longer discuss 9/11, even upon the anniversary.  It is perhaps the most telling phenomenon about the secretiveness and mystery surrounding the horrific tragedy. The Patriot Act was sold to Americans as a shield to defend our freedom, that it was to ensure our rights as guaranteed by our constitution and the Bill of Rights would be safe from evildoers. However, the sad reality is that our leaders took our moment of need as an opportunity to further enhance the powers of the state over the power of the people. We know this now thanks to some incredibly brave and heroic Americans like Snowden who gave up their individual freedom to defend the freedom of a nation.  It is on the rest of us now to stand up to the tyranny of those whose interests are narrow and selfish and whose lies and deceit represent the most monumental and immediate threat to our freedom.

“only 14 years after the event American media will no longer discuss 9/11, even upon the anniversary.” And those within the truth movement who are now parroting the CIA-approved fallback position that Saudi Arabia (not the U.S.) “quarterbacked” the whole thing will no longer even mention, let alone discuss, the fact that World Trade Center 7 collapsed into its own footprint at virtual free-fall speed despite never having been hit by a plane, because that fact obviously discredits the new Saudi Arabia-quarterbacked-9/11 narrative.

Et.Tu.Britass (To) Henry George • 13 minutes ago

Here’s another myth then   😉

Solomon had a flying carpet, but Muslim terrorists got hold of some Jewish kabala magic incantations with sharp kosher spin and went back in time to hijack it, then they flew it to a brave new world of incredibly bright shiny bullshit (America) and left two golden plates there for Joseph Smith to find and translate ~ Therefore, according to this alternative version of popular myth, Mormons worship Allah and Mohammad’s other real name is ‘MORONI’ which is where the word moron comes from  😦

What? ~ What? ~ No Cessna-pilots were harmed making this myth 😉
No, ‘NOT‘ going to invade Iraq or bomb Afghanistan either, Henry  😉 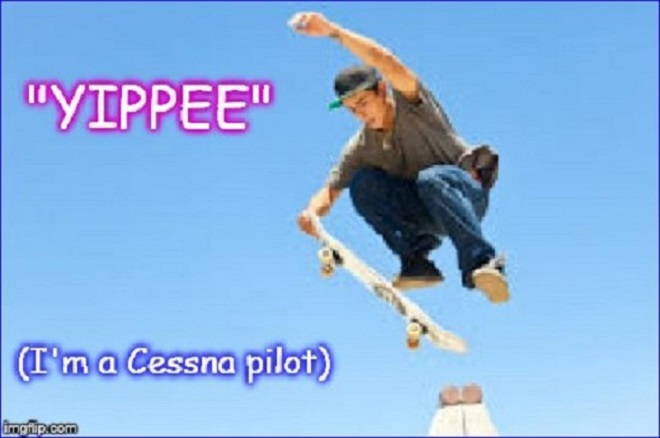 Question is America, what are ‘YOU‘ going to do about it Semper Fickle?  😦