Prepping for Space War With

On Christmas Day in 2013, a rocket blasted off from the Russian Federal Space Agency’s Plesetsk Cosmodrome, about 500 miles north of Moscow. The 95-foot-tall, 118-ton Rokot booster—an unarmed version of a Cold War nuclear-tipped missile—lanced into low orbit, shedding spent stages as it climbed. Seventy-five miles above the surface the earth, the Rokot’s nose cracked open and its payload spilled out. The rocket carried Rodnik communications satellites, according to Russian officials. It’s customary for Rodnik sats to deploy in threes, but in a notification to the United Nations, Moscow listed four spacecraft inside the Christmas Rokot.

The discrepancy was strange…and got stranger.

Rodnik sats, like most orbital spacecraft, don’t have engines and can’t move under their own power. So it came as a shock to some observers on the ground—a group including amateur satellite-spotters with radios and telescopes; radar-equipped civilian researchers; and military officials monitoring banks of high-tech sensors—when the Rokot’s fourth satellite, designated Kosmos-2491, moved, propelling itself into a slightly different orbit.

The Palestinian problem ~ Remember them? ~ Thank god the American Govt has thus far managed to keep the flood of Palestinian Cessna-pilots away from the free world at large, tho not without cost ~ Me and my non-Muslim terror troublemaker mates came up with an idea to potentially allow Palestinian Muslim Cessna pilots to take over what’s left of the free (sic) world after every skyscraper in it is levelled in one single fell swoop in a day of terrorist infamy not yet seen in the world thus far 😦
.
The (Evil) plan goes like thus ~ (sic) ~ First, we create a false peace by getting Israel to declare a border any damn where they wish, but preferably on the Wall seeing as it’s a defacto border already anyway (Sneaky fake-realism) and then we get them to pay full market rates for the land and water taken since 1967 to all the ‘ORIGINAL’ owners or their estates if Allah already gave them 72 virgins, that’s full market rates plus interest from 1967 till now, then, we put a 3 lane underground highway between Gaza and the West Bank using Israeli engineers + (Mostly) Palestinian labour after also opening the port of Gaza to make a functional Israeli and Palestinian state with no border checks between the two Palestinian enclaves, then tell both Israel and Palestine to get the fcuk over to their side of the border unless someone from either country (Lawfully) invites them to the other person’s country 😉
.
Here’s the killer punch ~ While that goes on, we (Us terrorist troublemakers) secretly train every single Palestinian man woman and child to fly Cessna’s on a computer simulator up to the level of 757 pilot, then we launch ‘OPERATION CESSNA PILOT’ and in one single day every Palestinian on the planet gets on a skateboard, pretends it’s a Cessna that’s really a 757 and brings down every single skyscraper the world over, thus guaranteeing we start WW3 and kill everybody 😦
.
Brilliant plan Huh? ~ They’ll never see destruction til it hits = ‘SATAN WINS’  😉 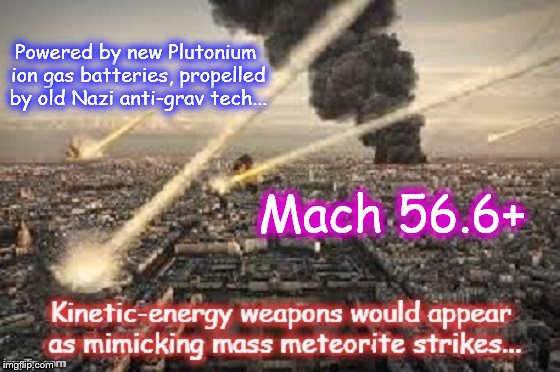 You’re well-informed ~ They did too, ‘BIG HEAVY-HITTER ONES’ at that  😉

So your mommies must’ve give birth to idiots Huh?   😉