One more time, for the record ~ Along with other crimes against humanity the same players in the American Govt and their secretly Zionist Masonic masters who pulled the 911 attacks literally tortured me as a 5 y\o in a political blackmail paedophile snuff movie ring they ran in the city I’d grown up in, Adelaide, South Australia  😦

The torture consisted of being strapped to a metal gurney or table naked from the waste down, then having a wire brush used to deliver electric shocks to my legs much like you’d see in that Mel Gibson ‘Lethal Weapon’ movie, only that was fiction and what your Govt did to me and other innocent children in that evil political blackmail paedophile ring American taxes paid for was waaay beyond evil  😦

To be precise, that’s actually seven + times, or 8 if you count 10 years of constant daily pain from the 3 tumours the US Govt gave me, one via a chemical injection in the ass with a needle that must have been over 6″ long while drugged after being abducted from an internet café by a CIA operative (Sadly) in the company of one of our own plainclothes Australian Federal Policemen, and not the first time an ‘AFP’ copper had been involved in an abduction on me ~ In a lifetime of abuse covering over 5 decades the number of criminal acts by police was astounding, as were the occasional acts of bravery decency and honour ~ Anyway, in the mind of reasonable law abiding people (Snigger) does constant daily pain from the tumours count as torture, or does the grief from the non closure of the murders of everyone I’d ever loved count as torture too, because surely, if it was America that did it (It was) and they did it with love (sic) along with the best of intentions (Snicker) then maybe to anyone except the person it’s being done to (Me) it’s really only what I’m deserving of either because of what they (America) have accused me of doing without any real time right of reply, or perhaps it’s just for daring to resist resent and rebel to the mistreatment and human rights abuse they performed on me since early childhood beginning by age three  😦

I’m mostly successfully trying to keep a balanced perspective about these very real crimes the treasonous 911 conspirators committed by using a little bit of humour any time it feels right to my sense of emotional wellbeing to do so, yet that in no way lessons the enormity of the crimes committed to myself and other children no matter how many layers of spin and bullshit Washington’s elite try to lay on this, tho to be honest, I’d given up on American integrity back in the late 1990’s prior to the 911 attacks, meaning, I’m not expecting much decency or honesty from Americans and absolutely zero from their political representatives anyway  😦

So if you get some funnies in here, enjoy  them  😉

And you pretend whatever you want to pretend  😦

A Third Of Americans

Do Not Know What The

One third of Americans have no idea what The First Amendment to the Bill of Rights is, according to a study undertaken by the Newseum Institute. The interactive museum of news and journalism, located in Washington D.C., found that 33 percent of Americans couldn’t name one of the five freedoms and rights that the First Amendment guarantees. They are, of course, the freedoms of Speech, Religion, Press, and the rights to Petition and Assembly. 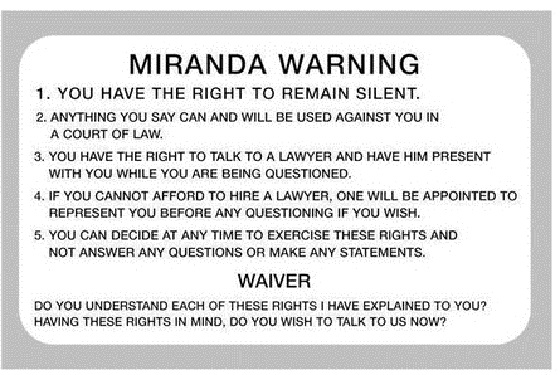 Thing is, if they slowly kill you, staying silent isn’t an option  😦

If they systematically killed those you loved, it’s even less so  😦

trip after calling for new

QUITO, Ecuador – Pope Francis wraps up the first leg of a three-nation South American pilgrimage Wednesday after issuing an impassioned call for a new economic and ecological world order where the goods of the Earth are shared by everyone, not just exploited by the rich. Francis will visit the elderly and give a pep talk to local priests before flying to Bolivia, where the environment, ministering to the poor and the government’s tense relations with the Catholic Church are high on the agenda. Bolivian President Evo Morales, an Aymara Indian known for anti-imperialist and socialist rhetoric, will greet Francis at the airport and join him for a speech to local officials and diplomats before the pontiff goes to the Bolivian city of Santa Cruz. The stop in La Paz is being kept to four hours to spare the 78-year-old pope from the taxing 4,000-meter (13,120-foot) elevation.

Francis and Morales have met on several occasions, most recently in October when the president, a former coca farmer, participated in a Vatican summit of grassroots groups of indigenous and advocates for the poor who have been championed by Francis. Their shared views on the need for wealthy countries to drastically change course to address climate change bump up against Morales’ anti-clerical initiatives that have ‘roiled’ (sic) relations with the local church.

Rather than play ‘FOOL’ for American Zion I’d have much rather put my extensive socio-political socio-psychological and subtle ethereal (Snicker) skills to work in the nation of China, teaching them how to teach (Inspire) their people to embrace the ecology of their land like it was their womb ~  I’d gotten a basic grounding in sciences thanks to some early efforts by ‘GERMAN GEORGE 41’ before he got weirder than sugared shit in a moral and spiritual sense ~Wordy boast I’m sure, yet one I’d have done a damn fine job on (For a price) simply for the satisfaction of both doing something useful as well as doing it well ~ (Professional pride)   😉

Meanwhile, every day, my own base Satanic (Adversarial non-demonic) agenda played out with the skill level of an adept (Really) as I’d planned it would since my early childhood warped from Zion’s abuses, yet never without a touch of sadness at the joys that could’ve been, plus the sense of positive achievement that would’ve come from helping a smallish part of the herd (China) reverse some of the small mindedness built in over the millennia with the consequence of a wider spiritual health occurring for both them and myself at the same time, in natural harmony, yet all pre-planned  😦

Nice rave Huh? ~ All the more so because it’s true, while in my spare time with the right Chinese female friends I’d have undone some of the damage from the west’s ‘FALON GONG’ gambit for the weird reason that, some time deep in the ancient misty past, I-genuinely think I-was Chinese once (Or-twice) in a previous life 😉
.
So there you go McCain, you tell America how crazy I-am you old fool 😉
You tell them all ‘THAT’ was why you’ve spent $1 Billion+ to stop me  😉

Bacchus (To) Et.Tu.Britass • 8 hours ago

E lucevan le stelle must have been written about your life.

Et.Tu.Britass (To) Bacchus • 2 minutes ago

When a situation had become completely hopeless, my step dad and\or step mom would often say, “Oh well, that’s ‘Gone with the Wind‘ now” so it’s kind of topical, especially as Rhett Butler’s line of “Frankly my dear, I-don’t give a damn” describes my attitude to the rest of America’s earthly and eternal future  😦

I-seen your (Future) secretly German-born 41st president shoot a little 11 y\o Catholic girl called “Monika Cross” to death in 1964, then over the next 6 years along with pimping me in one of CIA’s pedo political blackmail snuff movie brothels he also stood watch every few months as one of your future defence secretary’s for 911 tortured 5 babies to death, one of your future 911 VP’s (sic) tortured another 3 babies to death in front of me, and then your current (Fake Kerry) secretary of state did an exquisite job of peeling the face of the last little black bub back with what looked like a big bowie knife, keeping the screaming going for 15 minutes that time ~ Then your future (German born) 41st president himself tortured 5 older black kids to death in front of me, with the last one at age 12 screaming for around 25 minutes before it bled out or went into shock ~ During that time I’d been further prostituted in their pedo snuff movie political blackmail ring, brainwashed, and literally tortured myself 😦
.
Write about that, then go ‘DEFCON-1’ America, put us out of your misery 😦
In the meantime, the painful tumours America gave me are killing me  😦

The tumours Zion gave-me are killing me   😦