Grocer placing trust in customers to “be responsible in our stores”

Meanwhile, others are pointing out the hypocrisy of some stores allowing concealed carry while refusing open carry. Kroger, which has several stores in Dallas and Houston, however will not impose additional rules on gun owners. […] “In the state of Texas, open carry is only be legal if the carrier also carries a concealed carry license,” writes Nick Leghorn for TheTruthAboutGuns.com. “Realistically, by adopting a policy of permitting concealed carry and banning open carry, H-E-B is simply saying is ‘when you come in here, just throw your shirt over your gun please.’”

Will it be using executive orders to bypass parliamentary procedures.
Obama is a criminal bastard if he expect he edicts to have the force of law.
Obama is a conduit of treason against the American people and their rights.

Oh, maybe their will be a big false-flag to coerce Congress to pass a bastard law.
You never know what this criminal mobster has up his sleeve.

It is not until he thinks he might get impeached, or hang, that he himself will follow The Constitution, otherwise he has no moral compass at all. Maybe that part of his brain has been disconnected. Obama should check his privilege — he thinks having dark skin is his ticket to be crooked. But what he does, not his color, makes him look like a clown, a clown who wants to rape citizens for their self-defense weapons.

Obama is a usurper of the Presidency, a foreign terrorist who is desperately trying to destroy Christianity in this country in favor of an Islamic caliphate. If he has the gutter stupidity to try to enforce a gun ban it will (pun intended) backfire upon him, since no doubt millions of Americans will respond with the proverbial lock and load.

under the Patsy Riot Act…

You’re like the kid who saw mommy giving Santa a ‘BJ’ America…
You find your beliefs challenged, something’s not quite right… 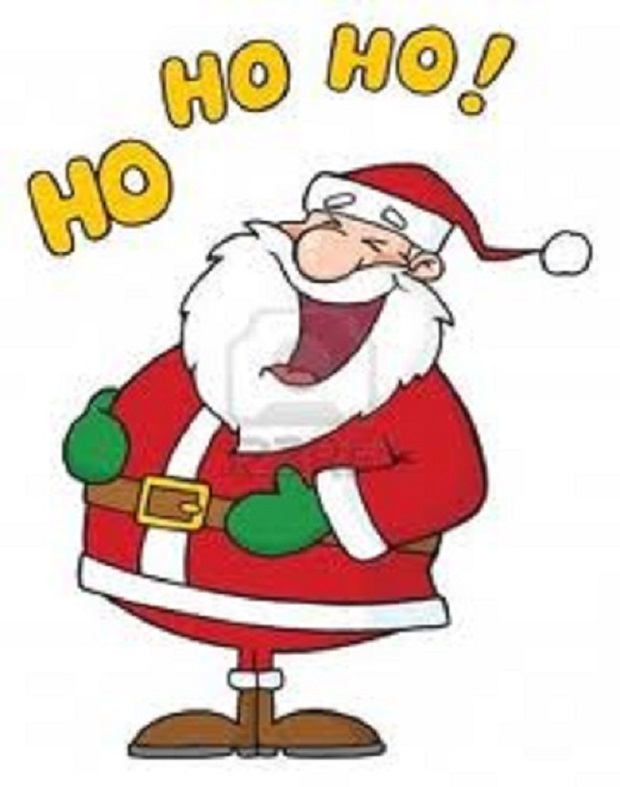 lmao!! You know what? I slept right though it! I am starting to believe you about obama’s clone!! I’m trying to find that surgery on THIS obama’s head!! Help me find it!

He’s ‘NOT‘ a clone, he’s a split-blastocyst twin created from the same embryo, split into two at 16 cells with each group of cells creating a complete embryo then placed in separate wombs ~ It’s a small point but very important because ‘BOTH’ were created at the same time, whereas the clone thing sounds like something out of a Star Wars or Schwarzenegger movie which, surprise, were fictional… 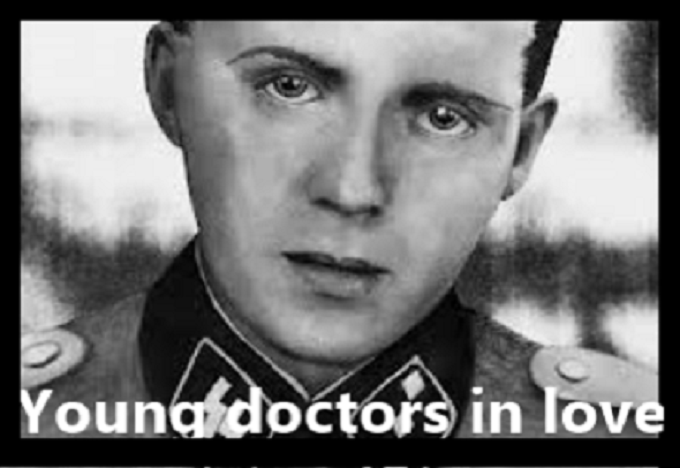 I Have The Best Words’ — Obama

Speaking at a campaign rally in Hilton Head Island, South Carolina, Trump claimed, “The world has blown up around Barack Obama.” Trump then mocked the idea that the State Department claiming that they brought peace to Syria suggesting, “So instead of saying they made a mistake — call it a typo — they made a mistake, they’re trying to justify it.” Well, we meant we are working on it. Can you believe bringing peace to Syria? The world is blowing up. The migration from Syria. They say one of their achievements for the year is bringing peace to Syria…

and the whole world is talking about it.”

“It is the level of stupidity that is incredible. I’m telling you, I used to use the word incompetent,” Trump explained. “Now I just call them stupid. I went to an Ivy League school. I’m very highly educated. I know words, I have the best words. I have the best, but there is no better word than stupid. Right? There is none, there is none…

Stupid is a very accurate adjective for Obama and his world view and thought processes.

Et.Tu.Britass (To) Bobbie Taylor • 19 hours ago

And what of those who voted this doppelganger in in 2012 when there was still both doubt about his citizenship in 2008 and doubt if he was even the same man in 2012 with a very dubious “Alleged” identity swap going down after the original began asking questions about ‘Fort Knox’ and was likely according to the allegation swapped with a Mengele split blastocyst twin, one from an entirely different birth mother than the Dunham lady, one that didn’t walk the same way according to the trained eye and didn’t talk the same way according to the trained ear, as well as one who wouldn’t pass a high tech skin-pore count per centimeter from a high quality comparison of digital photos between 2008 and 2012, as well as one who’d fail a computer voice-print analysis of recordings made between those same dates?  ~ The man’s not stupid America, he’s a pawn of the hidden hand of secret societies running your secretly fascist ever more Orwellian state ~ If anyone was stupid America it’d be you for pretending, settling for the oft-repeated lie of conspiratorial Masons in congress claiming all is well, Al Qaeda and ‘ISIS’‘ hate your freedoms, and there’s nothing to worry about over things like Pole Shift because the economy dying in the ass while “Moving Forwards” is a sure indicator that all is well in the Kingdom of Narnia  😦

You’re letting the world’s children down America, and your own  😦 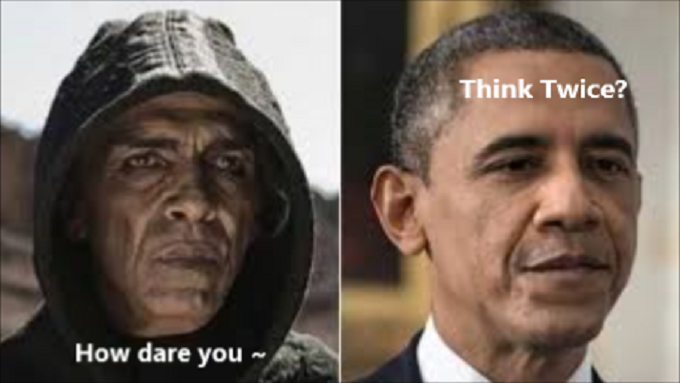 About time you took care of business American soldier-boys  😦

You tortured-me at least twice at the tender ago of 3 years America, literally  😦

PS: Doubt the official story of everything…

I’ve learned heaps of things since that first time German Jew Masons in America’s treasonous ‘CIA’ used torture on me as a 3 y\o to gain compliance to their ‘MK Ultra’ shit, I’d absorbed a lifetime of learning from the time those ‘Pigs’ first tortured me, then Aboriginal babies and kids to death in front of me in an attempt to intimidate me over my own welfare (Fail) and that of those I’d loved  😦

I’ve asked many deep questions most will never get to ask let alone find answers for in the Judeo Christian deception within the way the world hides the lying hypocritical evil it lives by in the name of good, and the true good that never gets done in the name of Masonic ‘Ancient Wisdom’ (sic) but here’s the main thing I’ve learnt in all that time, kind of like a final truth of sorts that’ll prove true for eternity  😦

Often wrecking entire continents in the process ~ Mark my words  😦 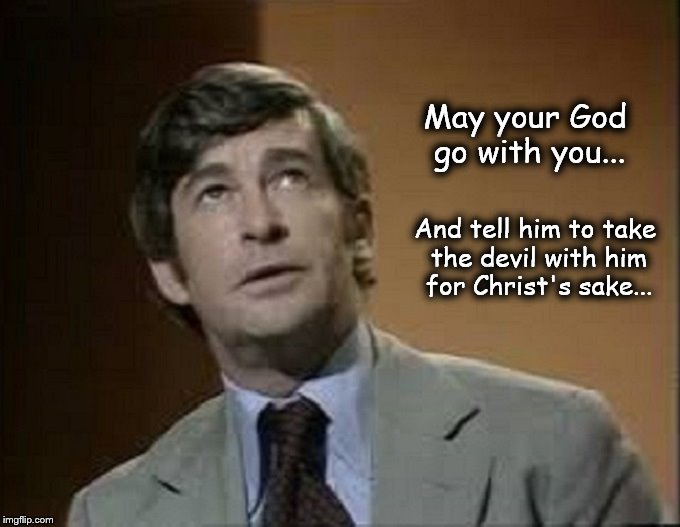 You can never trust them, anywhere in eternity, ever  😦

Just not in them, or their god, or their devil, and that’s that  😦

I’m of German Jew descent and ashamed of it too, they’re evil  😦

PPS: Doubt the official story of everything…

I-do ‘NOT‘ own cartoons, old photos, or vids used in this blog ~ I’m not seeking one jot or tittle in financial advantage thru their use and claim it’s all fair use for the sake of a higher cause, and fair comment as well, along with some much needed albeit cynical timely humor and ‘VERITAS’ (Truth) plus a bit of hard core political philosophical and religious sarcasm, also in the cause of truth, mostly because somebody had to do it, and ‘I’M SOMEBODY’ you illuminated assholes, and all past present and future legal rights of any kind whatsoever  (Except denying me fair use) and all past present plus all future royalties also remain those of the original lawful owners  😉