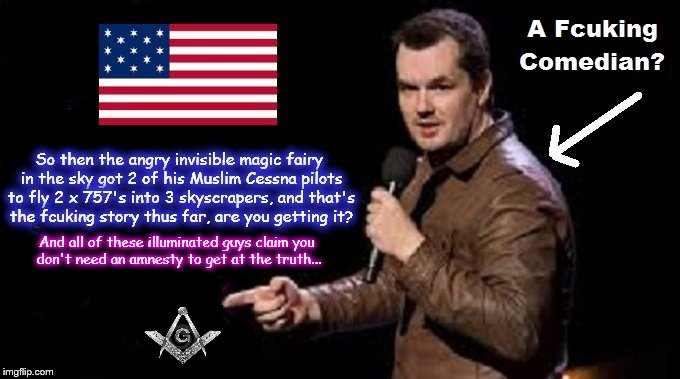 Admit: ‘We Must Destroy the

Kudos to Salon. While Conservatives have been told that they’re crazy, and that “nobody wants to take your guns away!” Salon has the courage to admit that what liberals really want (what they’ve always wanted)…

is to completely repeal the Second Amendment.

We know this intuitively, since we’ve had to add numerous amendments to make up for their failures, lack, or just plain ignorance. But if we can add, we can also take away, by interpreting the Second Amendment differently or passing a new amendment that would effectively repeal it. We should never do so lightly, of course—taking away rights can be, and often is, a risky enterprise.

But the purpose of a right should be individual and collective flourishing.

A right, in other words, has as its goal the individual and common good, even if we don’t like to use such weighty moral terminology nowadays.

Cloud cowboy • a day ago

Furthermore, the US Constitution does not exist to grant us rights;

those are inherent within us. Rather, it exists to frame a limited government so that those natural rights can be exercised freely

The US Constitution was 2\3 prorogued under the Patriot Act Levels One and Two, along with the “National Defense Authorisation Act” (NDAA), so really dude, you might wanna let go of “Mr Patriotic Penis” once in a while and get a grip on the true reality your treason brought you instead ~ Seriously  😦

Why in Israel can the Jew walk the streets OPENLY carry AR15 RIFLES , Pistols and any other firearms of their choice ? And NOW all of a sudden like Radical Muslims are here and morons of America want Americans disarmed ?? Not to mention the numerous gangs roaming the streets heavily armed . Americans now realize more than ever before , BE ARMED , BE SAFE , STAY ALIVE !

The rationale of the pretend patriotism America’s Masonic politicians have conned them all into accepting is waaay more of a self-satisfying group wank than any sort of real world reality that normal people benefit by ~ It’s like what Masons used to do with occultist brotherly love, only it’d make a better ‘DVD’ Huh?  😉

Wiley Coyote (To) Cloud cowboy • a day ago

The God-given rights are said to be “Guarantteed” under the Constitution.

Maybe he’s waiting for Americans to stop it?  😦

You had everything you needed in these previous 25 blogs to make an intellectual and political stand for truth to get your country back, soldier-boy, every single thing you needed to challenge the lies and put things right, bar one small missing piece that’s one of those itty bitty things that make the whole unworkable…

That was a simple “Prayer” from me and a few of your other lifetime victims, one of grace, grace peace and forgiveness, forgiving your country for torturing me as a 3 y\o before the serial prostitution started at 4 years, as well as torture (Literal MK-Ultra) at ages 5 + 8 & 12 & 15 etc, and perhaps forgiveness from all of the other children you raped and tortured, and forgiveness for those you literally “Tortured to death” in your damned ‘CIA‘ pedo snuff movie political blackmail brothels in Australia…

Speaking personally, I’d rather have been in Taiwan these last 10 years, or dead  😦

On behalf of all of your child-victims Masonic America, “Go to hell“  😦

Take the whole damn world with you  😦