Their ‘Phoenix and Cambodia‘ slave-trade?  😦

Or their ‘CIA’ baby-torture murders in Australia?  😦

Or was it just their fake Cessna-pilot lie?  😦 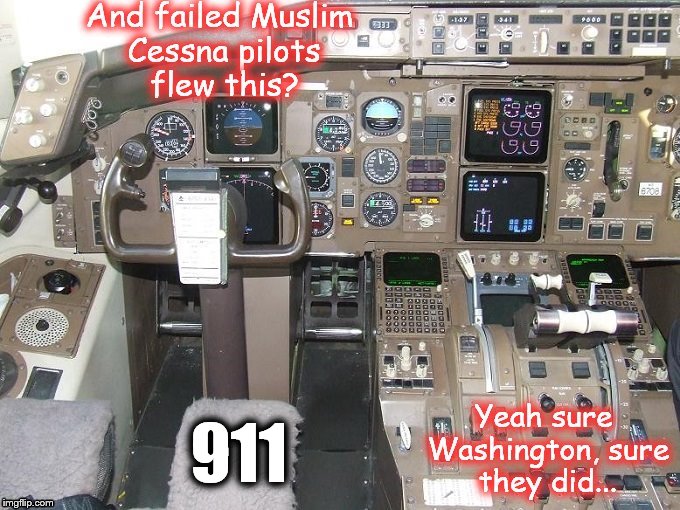 Anthony Gucciardi talks with prominent writer and social commentator Paul Joseph Watson about the biggest lie we’ve all been told.

‘The #01 LIE You’ve Been Told All Your Life?’ ~ Hmm, that’d be an angry invisible guy in the sky who’s omnipotent, omnipresent, omniscient, yet can’t make congress tell the whole truth about ‘JFK’ let alone Vietnam and Cambodia all the way up to the amazing miraculous skill of those ‘Abrahamic’ Cessna pilots isn’t it? 😦
.
He’s got these two escape-clauses which go like this ~ 1/ Either it was man’s free will and thus there was nothing he could do, or 2/ “The devil made them do it” and when combined with the man’s free will clause, evidently his hands were tied  😉

In The Power Balance

The world is beginning to realize that a seachange in world affairs occured on September 28 when President Putin of Russia stated in his UN speech that Russia can no longer tolerate Washington’s vicious, stupid, and failed policies that have unleashed chaos, which is engulfing the Middle East and now Europe. Two days later, Russia took over the military situation in Syria and began the destruction of the Islamic State forces.

The 2016 presidential race is really hotting up ~ Soon, in as little as 10 months, a fixed 2 horse race featuring 2 of America’s best and brightest big ‘Metrosexual’ political heavyweights will slug it out to the death, meaning technically there’ll be no more sane reasons to continue running fake-news repeats for a few months at least until after the 2017 inauguration, when more mega distractions will be needed  😉

Gee, and I’ve only been making snide sarcastic comments about these droll whackjob Muslim story repeats for around 7 years now, waiting for either America’s sanity humanity or honesty to return (Ha-Ha, as-if) or waiting for resources for either a heavyweight lawyer or a mortician from “Jehovah Jireh Almighty” to deliver me  🙂

Defending himself against accusations that Russian President Vladimir Putin is challenging American leadership, President Obama erroneously told CBS’s “60 Minutes” that when he took office Ukraine was ruled by a Putin “stooge.”

That’s really nice of you to call Obama bald faced lies “Muddled facts”. I mean, damn. The President of the Ukraine was elected, and Obama installed a brutal dictator. That’s not a “muddled fact” when Obama calls an elected leader “a stooge”.

Would Only Be the End

An October 7, 2015 hearing before the US Senate Committee on Armed Forces (SASC) titled, “Iranian Influence in Iraq and the Case of Camp Liberty,” served as a reaffirmation of America’s commitment to back the terrorist organization Mujahedeen e-Khalq (MEK) and specifically 2,400 members of the organization being harbored on a former US military base in Iraq.

Look into my eyes, you are getting sleepy, sleepy, sleepy, you are falling into a deep deep stupid sleep ~ When I-snap my fingers you will partially awaken to forget that all of the time Syria was listed as the #01 state sponsor of terror under Assad Senior who by happenstance happened to be Adolf Eichmann’s illegitimate biological half brother, the greatest nation in the world was sending un-convicted terror suspects there to be skillfully questioned (Tortured) by retired Gestapo staff who’d settled there after ‘WW2’ ~ (Really) ~ You will also totally forget all of the time American aid to Israel was being legally laundered in Israel but illegally sent back stateside to corrupt and influence ‘BOTH’ sides of congress, Hezbollah was literally getting the lion’s share of it’s funding from plausibly deniable ‘CIA’ slush funds ~

Obama Won’t Back Down After

Contested Islands In “Matter Of Days”

On Friday, we reported the latest provocation in what has truly become a very dangerous, if largely pointless, staring contest between Beijing and Washington over China’s reclamation of land in The South China Sea. [……]

Oh, beautiful for chem. Trailed skies
For amber waves of GMO’d grains
For purple bruises from PIG BEATINGS
ALL OVER YOU AND ME

For way too long You have been ruthless WAR DOGS
who Will soon catch lots of Radiation,
YOU’LL SEE! FUK YOU ALL,

Jizzmolio (To) TRUTH Recorder • 5 hours ago

Don’t judge the American people by what our so called leaders do.

America, you most certainly ‘WILL’ be 100% judged by what your so-called leaders do, and did, and that includes leaders who committed crimes against humanity thru the torture murders of both babies and older children in the 1960’s in a ‘CIA’ run pedo snuff move political blackmail ring in Australia, with the German born principal (Scherff) of the whole thing going on to the highest office of the land in America in 1988 (41) while two of those others who did the baby torture murders with him running shit were also involved with attacks against their own troops in Vietnam, fragging and killing them if they made it to hospital, all while their ‘LBJ’ and then Nixon Govt was stealing Cambodia’s gold + running a fcuking slave trade in Phoenix and then in Cambodia via Air America with the war as cover….

at the same damn time they were doing Golden Triangle heroin 😦
.
Then two of those baby-torture killers who were ‘VP’ and defense secretary on 911 you daft docile dildos helped sell you the Cessna pilot story after performing those baby torture terror murders in Australia in the 1960’s ~ America, that was nine black Aussie Aboriginal babies and five older Australian Aboriginal children screaming until they fcuking bled out, and you dare say “DON’T JUDGE AMERICAN PEOPLE BY WHAT THEIR LEADERS DO OR HAVE DONE” you morons? ~ Seriously you assholes, you are officially ‘THE’ biggest hypocrites on the fcuking planet, period 😦
.
And whaaa? ~ I’m a patriot act ‘NDAA’ enemy of the American state for daring to say it you think? ~Those 9 baby and 5 older kids were tortured to death in front of me while still a child myself, an act of terror any way you look at it, yet you’re all in some kind of ‘LA-LA’ land with the flags flying on the 4th of July still?  😦

Shit, you ‘Septic Tanks’ are the second biggest frauds on the planet after Jews….

and ‘SOMEBODY‘ needs to say it, you assholes 😦

Better include a caveat for torturing babies and children to death  😦