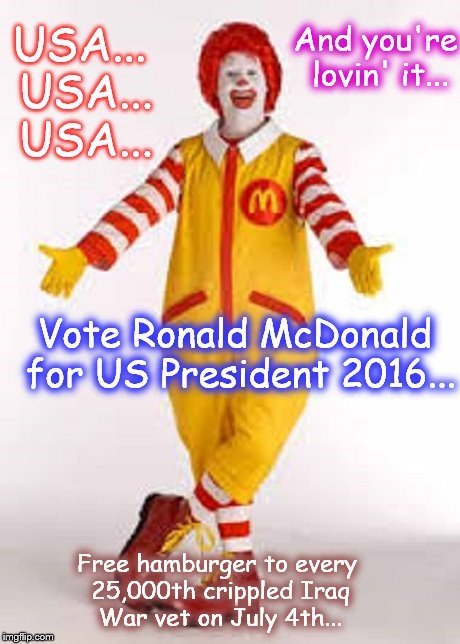 This week, prosecutors in New York introduced eight documents recovered in Osama bin Laden’s compound in Pakistan as evidence in the trial of a terrorism suspect. The U.S. government accuses Abid Naseer of taking part in al Qaeda’s scheme to attack targets in Europe and New York City. And prosecutors say the documents are essential for understanding the scope of al Qaeda’s plotting.

http://www.globalresearch.ca/i…  The push to blame Iran is 911 bullsh*t of the third kind, after OBL did it ~ (Condensed from an in-denial Israeli-Cheney\Bush rant) ~

There are those who claim I’ve left all of this too late to matter now 😦
Well, be that as a may, but Pee-YOU America ~ You smelling BAD 😉
.

Color of a Dress

While the Obama administration celebrates its latest power grab, the federal takeover of the Internet and the ATF’s unlawful ammo ban, Americans are debating the color of a woman’s dress which went viral over social media.

Credit: Screenshot of dress from Tumblr

On Thursday, the Federal Communications Commission voted to declare the Internet a “public utility,” opening the door for feds to regulate on-line speech, and the Bureau of Alcohol, Tobacco and Firearms announced its plan to illegally ban M855 AR-15 ammunition, and Americans are outraged – because they couldn’t decide if a dress posted on Tumblr was black and blue or white and gold. “This is very important guys,” Alison Lynch for Metro wrote. “Are you Team Blue and Black or Team White and Gold? You need to pick a side.”

Can’t you guys ever get serious for once in your lives? ~
(The fate of the entire American free world is at stake) ~
.

Reveals Where To Go When

“Head For The Hills”

Should the world as we know it ever fall apart as a result of an economic collapse, a massive natural disaster, cyber attack or widespread pandemic there will be millions of people looking for food, clean water and other essential resources. The cities will be plagued with violence and supply shortages. Government officials will, as Homeland Security has previously admitted, not be able to provide any meaningful support. The masses will be left to fend for themselves. But just because the whole system around us falls apart doesn’t mean there won’t be any safe havens.

That’s a terrible place to go, that’s where everyone will go. I’m staying put in a SHTF situation, while everyone is fleeing for the woods, hills, mountains, national parks, etc, etc .

Et.Tu.Britass (To) Wally • an hour ago

Shameless Sarcasm ~ And there are more of us than there is of them 😉
.
Scientists now know that not S***ing soon leads to a bad case of death to occur in their test subjects after their ass-cheek’s were sown together with thread made from the gossamer silk of the Masonic spider webs which wove the 2 jets into 3 skyscrapers story, so the very act of S***ing or not S***ing is the one thing that will truly bind us together as humans during “Pole Shift“ ~ Simply buying a bag of beans with a bag of Alex Jones Infowars gold futures certificates and being able to keep your life forces “Moving Forward” (sic) by taking a S*** after eating beans means that, indirectly, a bag of bullets with which you could easily steal a real bag of gold to buy beans to stay alive with could be the most valuable commodity on the planet ~

If you had two bags of bullets you may even be able to swap one of them for water when that also becomes scares and turns into the other most easily tradeable commodity after gold beans and bullets when ‘SHTF’ and the blow runs out ~
.
Who tha-fcuk wants to live-on with all of that type of S*** going down? ~
To meee, and I’ve got brain damage, rationale seems scarcer than gold ~
.
It’s about time for rationale to surface, only that was traded quite some time ago for gold beans bullets bags of cocaine and boys in some of the seedier underground sex clubs on “The Circle“ in Washington, so as it looks like the whole sham is going to go round and around in circles as long as all of the people keep S***ing, then maybe the answer is to make that S***ing illegal under a new tier of the Patriot Act? ~
.
Maybe that’s the ‘ONE’ thing the US congress can be truly bipartisan on ~
(Just ban S***ing, both ‘BS’ and the other kind, and see if things change) ~
I’m being sarcastic tho, cause political ‘BS’ is the foundation of stability ~
. 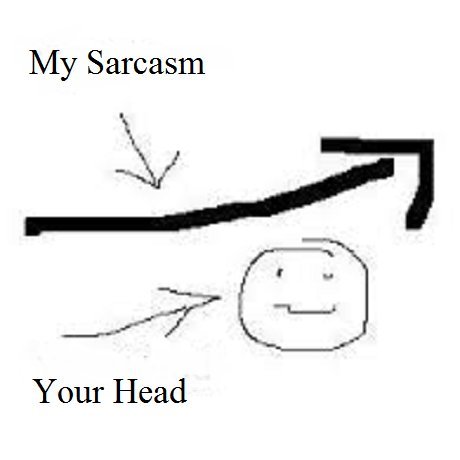 Infowars reports from Chicago investigating a recently uncovered CIA-style ‘black site,’ where demonstrators gathered Saturday to protest the illegal detention, torture and extrajudicial killings of citizens. Protestors descended on the site yesterday to fight back against the horror taking place inside the Homan Square facility, at the corner of Fillmore Street and S. Homan Avenue.

Sound like it would be a good source of dupes for arsonists used in the Ferguson riot. It would be important for such zealots to have no freedom or contacts, but they could earn favors going along with the agenda of traitors who run such operations.

john born again in the usa (To) snoopdog • 3 hours ago

That thought crossed our minds, also. We know that the CIA uses Gitmo in Cuba to manufacture their future AL-CIA-DUH terrorists, and then they make ludicrous prisoner swaps for which are simply releasing their newly trainned, compromised, and brainwashed AL-CIA-DUH/cIaSIS Terrorists Leaders. This might also be another Black Ops University to grab a bunch of Street Thugs to Recruit for Future False Flag Operations. However, these GOONS at this Black Site in Chicago are more than happy to Hurt Innocents including Demonstrators. These Chicago STASI GOONS are no different then the STASI GOONS in East Germany were.

Et.Tu.Britass (To) john born again in the usa • 28 minutes ago

And in breaking-news it was announced today that one + one = two & 2 + 2 = 4 when truly illuminated ‘ANCIENT WISDOM’ is applied to the problem ~ Scientists with the new Intel govt standards lab are currently programming their newest ‘AI-DNA’ chess computer known unofficially as ‘DEEP-THROAT DRE’ (Snicker) with a new Al Gore rhythm which is designed to see if, as expected, 4 + 4 = eight  😦 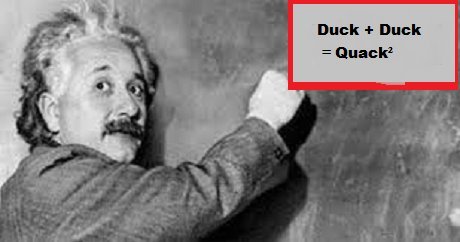 Having been drugged and abducted for use in a child-sex brothel as many as ten or more times by 1970 which the same powers ran in Oz back in the 60’s, a real world child-sex and occasionally snuff movie set-up whose sole main purpose was filming of participant’s for use in the same political blackmail that’s broken the back of American truth and morality over the last 35+ years and accelerated somewhat for the last 13+ years of ‘Patriot-Achtung’ (sic) I’ve got some serious news for you, because things weren’t too hot for us child victims of your government’s non-official black-op sites 50 years ago either ~ So S*** is getting bad for ‘YOU’ now is it? ~

And please, even tho it’s only a tightly-controlled Zionist subnet now, don’t even dare mention this story is near 4+ years old and\or dare mention that America’s Masonic Zionists are using ‘YOUR’ tax dollars to try this (In practical terms) lie meant to imply I’ve poor recall or faulted memory processes ~ Also, plz note my specific use of the specific phrase ‘DRUGGED & ABDUCTED’ as distinct from any specific use above of the alternative phrase ‘ABDUCTED & THEN DRUGGED’ which in my case must have occurred all up another 30 or so times on top of the former 10 times where I’d been drugged and only ‘THEN’ abducted as distinct from the latter, for which I’ve used the specific phrases necessary for the specific crimes attributable to the US Govt of the time within the overall administration of a paedophile brothel it illegally ran, crimes which the current Govt seems intent on denying at any cost whatsoever  😦

The Stage Is Set For

One week ago, when reporting on the latest bizarre plan presented by the Pentagon, namely providing Syrian rebels (but only the moderate ones, not the jihadists like al Nusra, or, well, ISIS) with B-1B Bomber air support in their attacks on ISIS, when we wrote that this “means in the coming weeks and months look forward to a surge in false flag “attacks” blamed on the Assad regime, aiming to give Obama validation to expand the “War against ISIS” to include Syria’s regime as well.” We didn’t have long to wait: in an entirely unsourced Time article written today by Aryn Baker, the Middle East Bureau Chief, the stage for the second attempt at invading Assad regime is finally set. The article, titled “Why Bashar Assad Won’t Fight ISIS” is essentially an essay that, as the title suggests “proves” that the Syrian leader is, in fact, quite close with ISIS and derives strategis benefits from his relationship, which is why he won’t attack them, and thus by implication is just as bad as ISIS, and, ~

You know how Hollywood came up with all those movies during WW2 to support troops and keep moral high? ~ Well here, I’ve got this great idea for a Broadway Musical that will knock-em into the isles ~ It’s already been written & just needs another $2 to #5 Trillion Dollars and it’ll be ready for full production 😦
. 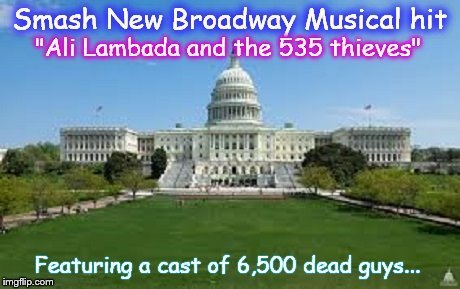 Maybe, instead of invading Syria, you could just re-lobotomise McCain? 😦
.

French media have released new details of Paris kosher supermarket massacre where gunman Amedy Coulibaly shot four people dead. He asked their ethnicity and if the hostage was Jewish he wasted no time in killing that person. “Stand up or I’ll kill you all,” shouted Amedy Coulibaly after he took hostages at the kosher supermarket in Paris on January 9. The first 7 minutes 45 seconds of the attack were recorded on a go-Pro camera attached to the gunman’s body. The abstract of the transcript have been published in Le Nouvel Observateur, a weekly French newsmagazine. 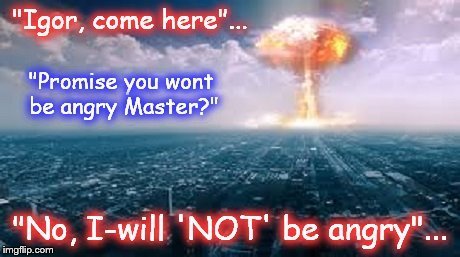