.
GREAT GROIN-GOD IN THE SKY ~

According to reliable myths contained within yet to be unearthed records among ancient Arcadian scriptures pointing to legends that descend from the greatest of antiquity, there was once a giant 36 ft tall Adamic priest called Yonkers ~ Yonkers was a pretty odd name for a 400,000 y\o ancient Arcadian priest, that’s obviously granted, yet back in his day when he swaggered around with that 6 ft penis of his swaying in the breeze while he was doing the lord’s work (Ancient Arcadian priests always walked naked) none of the little people (Humans) ever dared let any sign of amusment or mockery at his name show for fear of divine retribution from the great god that Yonkers served, said god being his 6 ft long penis ~

Eventually, as is the way of all flesh, Yonkers died and was carried into the bosom of the great penis in the sky ~ From that moment in time on, any time anyone joined the Masonic Lodge and claimed to be the reincarnation of the mighty priest Yonkers, they’d give them a 24″ square x ruler and a compass and tell them to map the size of their penis three times by charting the distance from their assholes from the tips of their (Supposedly) 6 ft long penis using the 24″ Masonic compass & square before faithfully reporting back to the lodge master at the next full lodge meeting with their findings ~

Once the numbers were crunched and the ancient manuscipts were reviewed and the oracles were consulted, it was usually deemed that any Mason who claimed to be Yonkers reincarnated yet who didn’t have a 6 ft long penis when measured from their asshole to the very tip of their penis three times with a 24″ ruler was in fact merely a bald faced liar as well as being totally fcuking ‘BONKERS’ rather than Yonkers, and thereafter they’d never get past the 30th degree of the craft in their lifetime ~ I-swear this is all true ~

Et.Tu.Britass • 10 minutes ago
.
ON THE REMOVAL OF TROUBLESOME TROUBLEMAKING JEW ANARCHISM ~
(The correct way to re-create the ‘Order of the Ages’ within all the chaos it creates) ~
.
Always one to go straight to the zeitgeist of a matter, always one to grab a Molech-bull by the horns, or grab it by the balls if it’s facing the other way at our primary encounter, I’d suggest one sure fire certain way to kill the church would be to apply the same method first used by Roman Jew Saul of Tarsus ~
.
Firstly, find a way to place your own brand of totally warped highly secret square and circle compass x square cockameanie (sic) kabala occultist waffle as the true foundation of the church doctrine in the public mind in place of the original Christ’s original teachings themselves ~ This works (Lying miracles) wonders to separate the mind of the believer from the mind of the true historical Jew Christ ~  Soon all real truth becomes subjugated to the irrational exigencies of the spirit of the age (Aforementioned Zeitgeist) and thus ensures that the troublemaking anarchistic 1st century radical Jew Christ will never again get his foot, let alone his heart and mind, into the door again ~
. 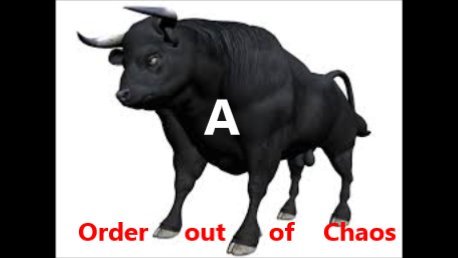